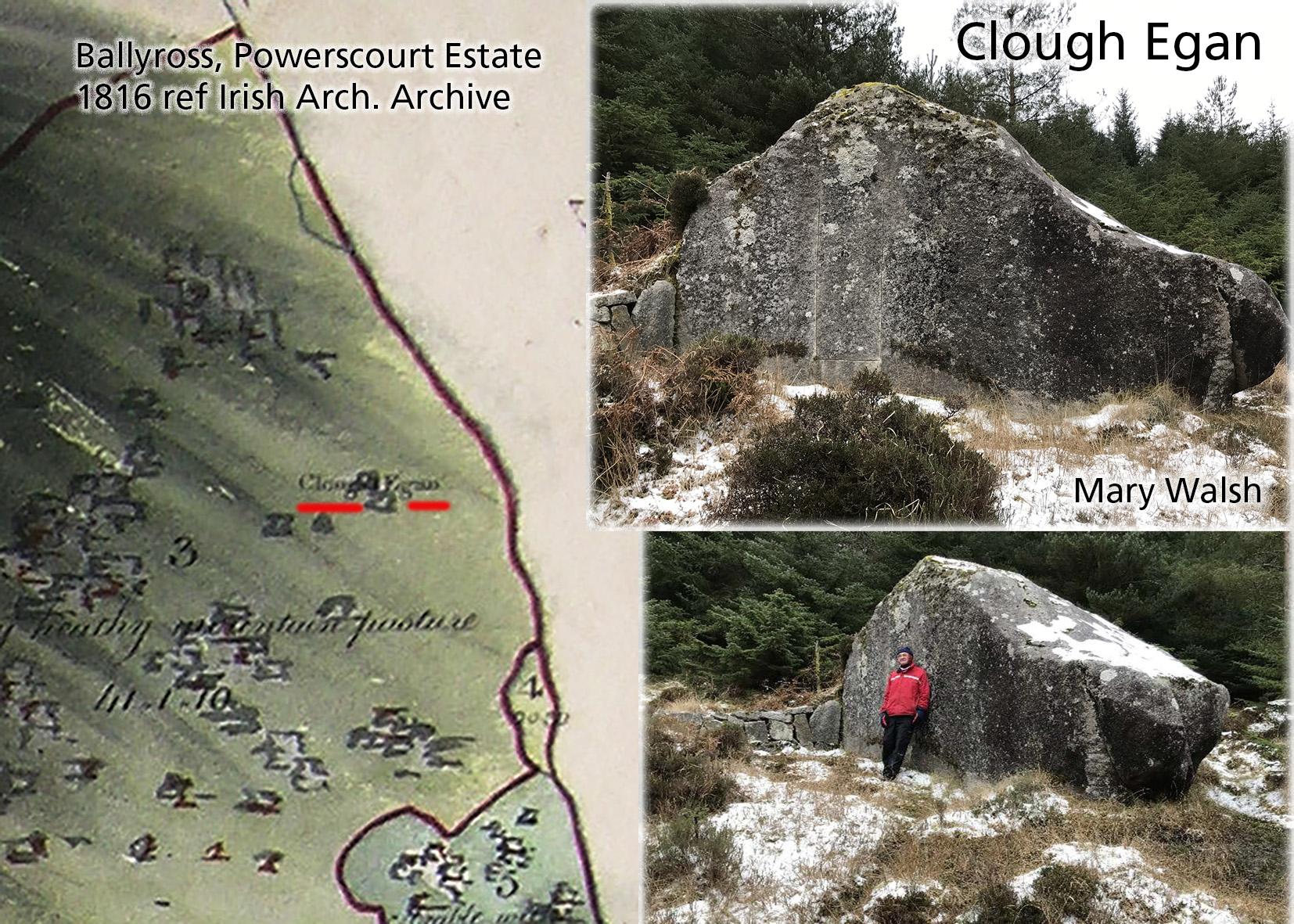 Very pleased to rediscover the location of a large rock in Glencree. Co.Wicklow called Clough Egan / Cloch Egan. This with the help of local resident Mary Walsh who kindly agreed to explore an area adjacent to her, where it was recorded the rock lay. However this side valley has many rocks and boulders and it was proving hard to decide on the most likely candidate.

Then we got a breakthrough with access to a copy of a Powerscourt Estate map of 1816 via another map customer, Declan Corrigan and with help from Colum O’Riordan of the Irish Architectural Archive. The rock was noted down as Clehaegan about a hundred years ago by Charles Thompson, but the map above of Ballyross townland is only one to show location.

Loading this map into our modern mapping, it was quickly apparent that the name fell on a substantial boulder in a forest clearing. Armed with co-ordinates Mary kindly went up last week, found it at this location and took the photos here. Clough Egan certainly is a large boulder and it must have been of some significance as it’s one of relatively few features marked on these estate maps. It has survived the local quarrymen of yore who often broke up large rocks for building stone though it has been scored in more recent times. Cloch Egan will be marked accurately on our new Wicklow maps, though note that it lies on private land.