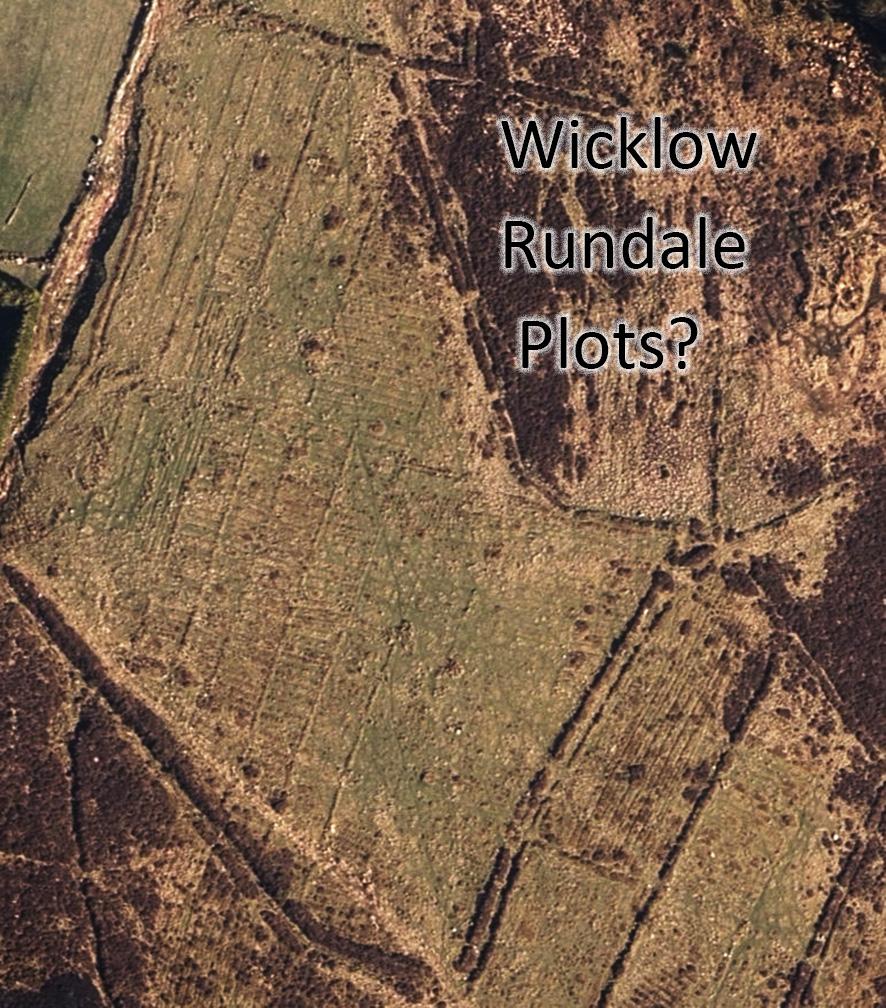 Rundale was a system of land management between farmers that seems to have common enough in the west of Ireland in early/ mid 19th century. It predated the enclosure of land with permanent fences, where each landowner farmed separately. As I understand it, a portion of arable land was divided into narrow strips each separated by low banks of earth. These strips could be rotated for growing crops amongst families and new families absorbed as they came of age or indeed died out. Typically these low banks were not stock proof so larger animals like cattle were sent up to mountain pastures for the summer months, to buaile / booley sites where the teenagers kept an eye on them. When the crops were harvested, the cattle were brought down for the winter whey they could graze and trample away over the rundale plots.

Whilst it would have to be checked on the ground, this photo shows what looks very like the remains of such a system in the Wicklow mountains. You can easily discern the remains of the low dividing banks and in each row, there are ‘lazy beds’ or cultivation ridges seen. These strips are maybe 10 metres width on average and perhaps 150 metres in length. It’s known that such farming did exist in remoter parts of Wicklow but still surprising to think that the remains can be found even now, less than an hour from the streets and suburbs of Dublin.

Respect for the Ráth