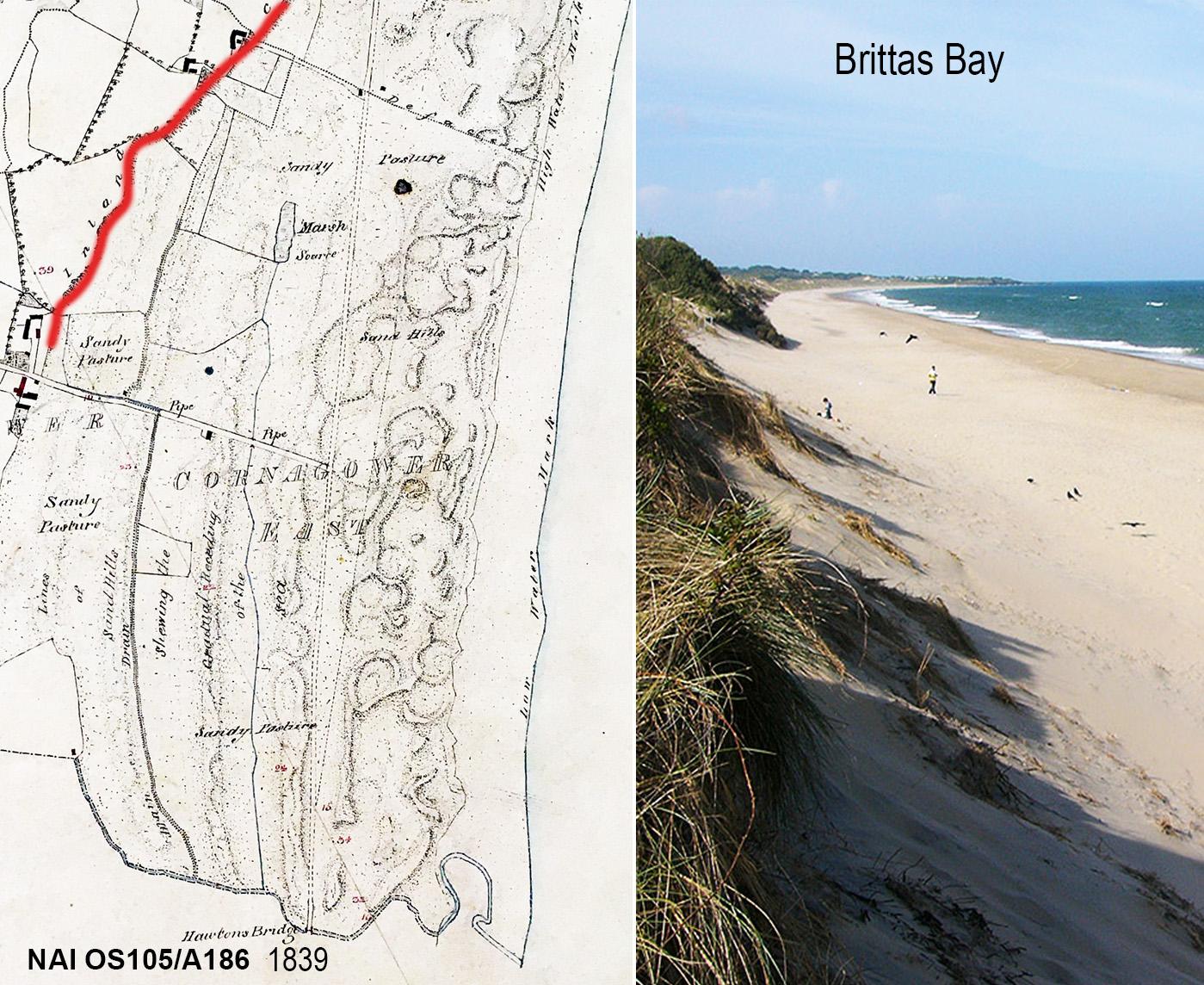 We often read these days of coastal erosion, of winter storms battering away, removing beaches and soft cliffs. But as well as taking away, the sea also giveth. That material carried away is generally deposited elsewhere, sometimes in bays and estuaries where it impedes shipping etc. However deposits also occur elsewhere to our human benefit.

The sands of Brittas Bay in Wicklow are well known and much visited over the summer but as this 1839 draft survey map shows, much sand must have been deposited there in the previous few decades. The red line on the map is marked ‘Inland Cliff’ and is an older coastline, perhaps inland by about 500 metres from the waves of 2021.

The map also shows ‘Lines of Sand Hills Shewing the Continual Receding of the Sea’ so it’s likely that this building up of deposits must have been known to the local residents of the early 19th century. Hawton’s or Haughton’s Bride is shown at southern limit about where it is now, though the current coastal road was only a sandy track then.