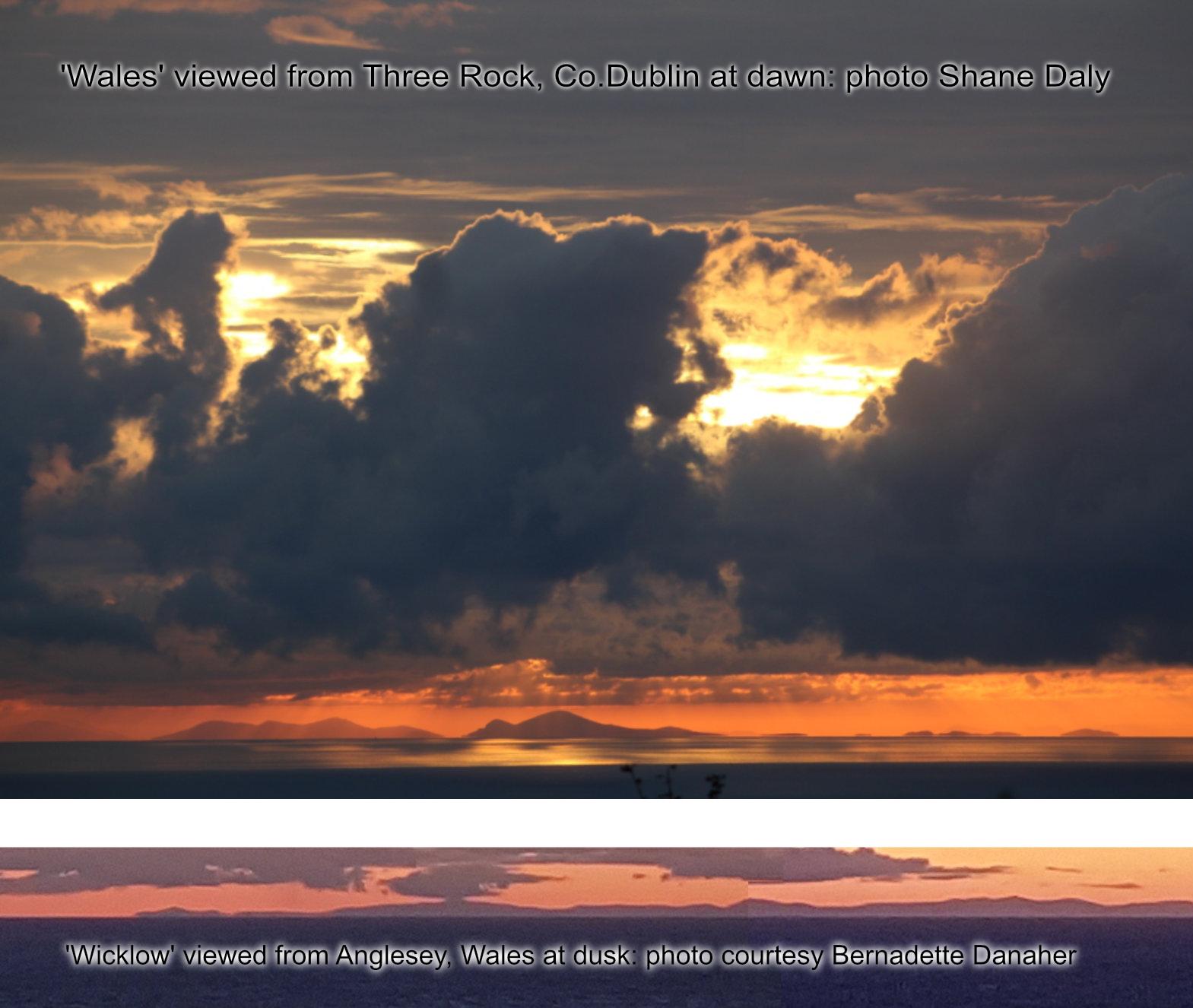 About a week ago, Bernadette Danaher posted photos taken by her brother from the South Stack lighthouse, near Holyhead in Wales. The photos were taken at dusk with the sun setting behind a layer of cloud. A row of hills are visible in the west, presumably the Wicklow Hills and she was querying as to which hill was which.

This has prompted Shane Daly to kindly send me corresponding photos taken from the side of Three Rock Mountain in Co.Dublin. These are taken in similar light conditions except that Shane was looking east at dawn. Likewise a series of shapes are strongly apparent in the direction of Wales. Shane further advises that the shapes are consistent but that they only occur in certain light & weather conditions.

Theoretically a direct line of sight to the full depth of hills across the Irish Sea is impossible due to the curvature of the earth. That these hill shapes appear at sunrise & sunset appears to be as a result of atmospheric refraction, the light rays bend around the earth. They are a mirage of sorts but apparently a reliable and repeatable mirage.

So over to our friends in Wales – what Welsh hills are represented in this view from Co.Dublin!