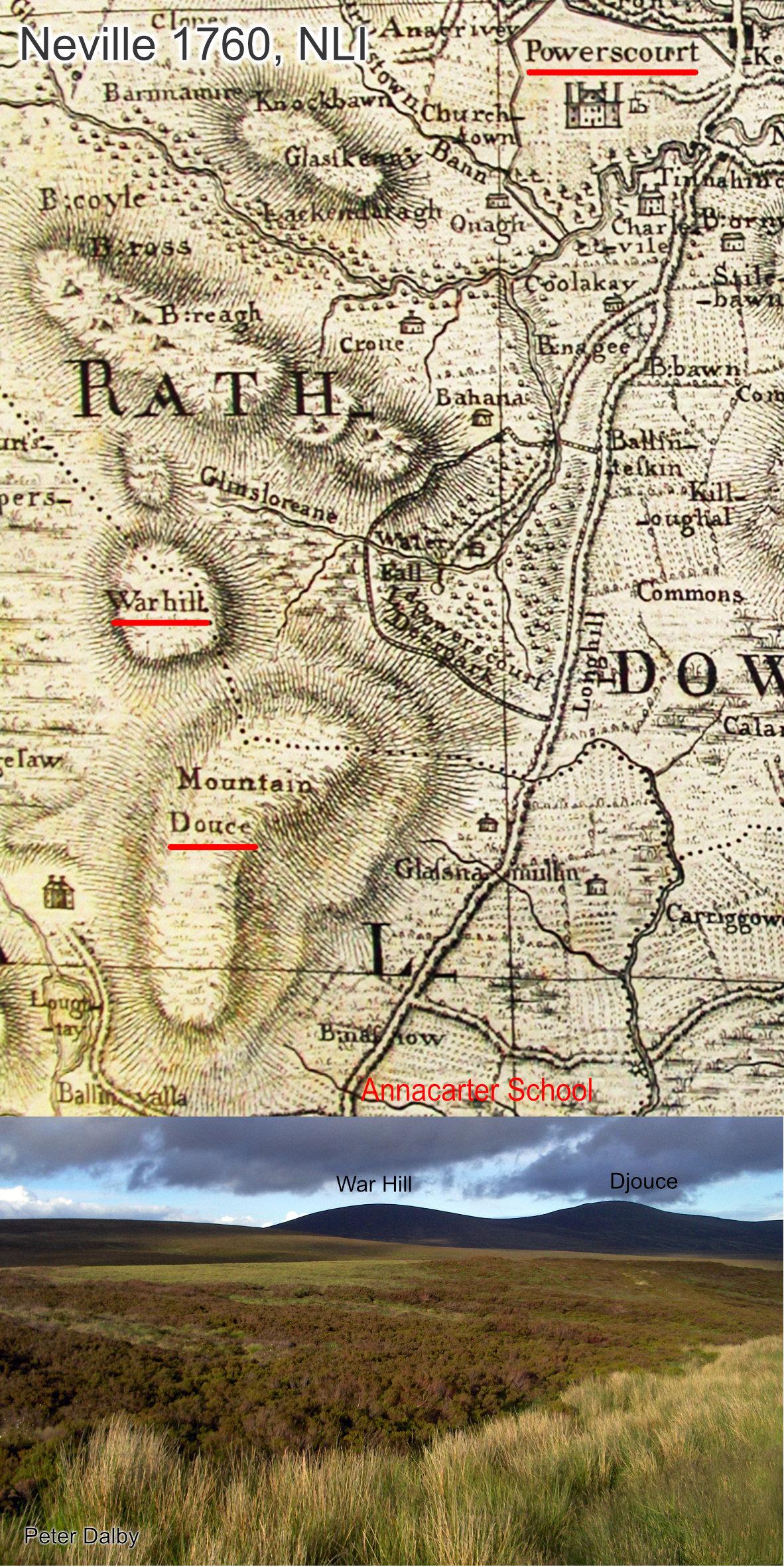 War Hill is a round boggy summit adjacent to Djouce (usually spelt Douce on older maps). War Hill is an odd but old name, found on the earliest detailed map of Wicklow published 1760.

There is some evidence that the word ‘War’ here is a corruption of the Irish ‘barr’ or An Bhairr, meaning the top or point of a height. Plausible but a strange fit as War Hill is a relatively low swell of a hill beside the more pointed tops of Djouce & Maulin. Perhaps the name originally applied to Djouce where it would be more apt but was shifted sideways as Douce became more commonly used for that height. The information pointing to this interpretation comes from a letter sent to Liam Price in 1945.

Roughly contemporaneous to that though is an account in the Schools Collection for Annacarter School just outside Roundwood. This gives an account as follows – that on the War Hill about four miles North West of Annacarter School there was a battle between the O’Tooles, the rightful owners of Powerscourt and the Earl of Wingfield. The O’Tooles were defeated and the Wingfields settled on the confiscated lands of the O’Tooles in 1607. Maybe there’s something in this, though it seems an unlikely height for a battle. Perhaps this story is best viewed as both as a local explanation of the name and a memory of the confiscation of lands from the O’Tooles to the Powerscourt Estate. If there was a battle here, perhaps the line of travel was across the Sally Gap and the fighting took place on the side of War Hill.

Maybe both explanations are different but equally true. It’s very hard to know from this distance. War Hill features on both our Dublin Mountains and Wicklow East maps.