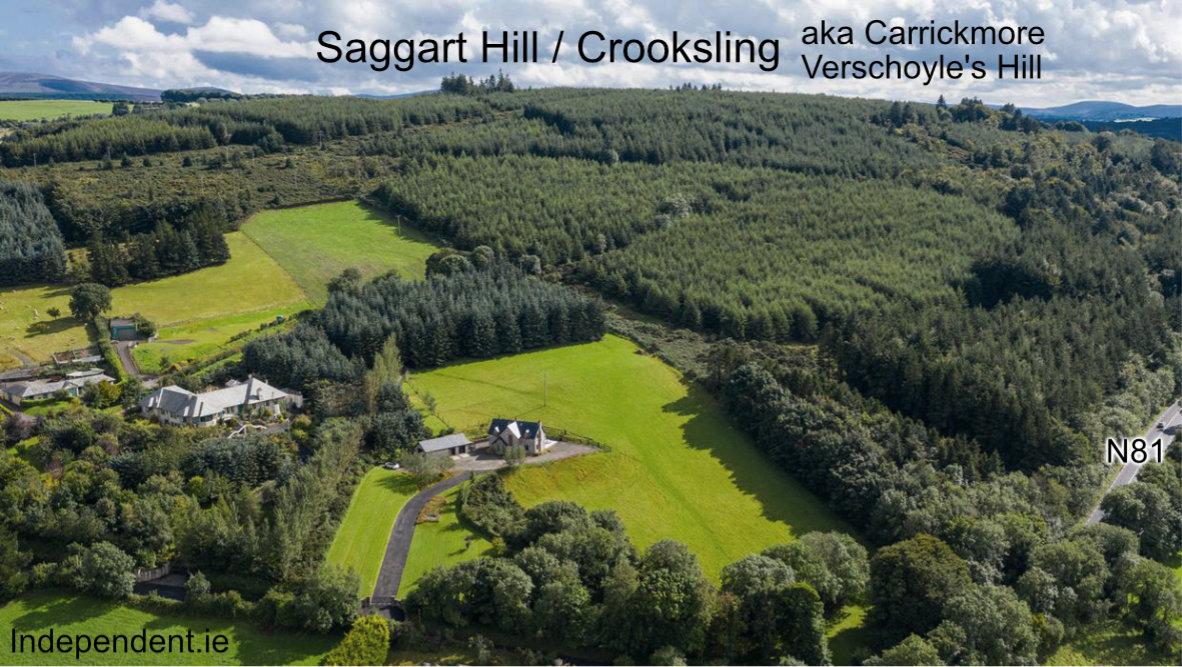 Where is Saggart Hill? I’ve always thought that Saggart Hill lies west of the Brittas in Co.Dublin. Planted with a Coillte forest and known by the name Slieve Thoul, there’s a nice little loop walk around it.

However seemingly this is incorrect: I first noticed that the 19th century Ordnance Survey records consistently use the name Saggart Hill for Crooksling or Verschoyle’s Hill. This lies on the far side of the Slade valley and is also largely planted. However it makes better sense for this to be Saggart Hill as it lies directly south of Saggart village, whereas Slieve Thoul is at a further remove.

These lands of either side of the Slade were once called the Mountain Commons of Saggard (Saggart) and incorporated all the hills. However one of the principal local historians of the area, Liam Ua Broin (1871-1955) who was from Saggart, is clear in his notes that the older residents of the area used the name Saggart Hill for Crooksling.

This modest hill has four names associated with it: Carrickmore for a large rock that is/was near the summit, Verschoyle’s Hill after a local landowner, Crooksling or Cruach Slinne (hill of flat or shingle stones (slate?) and Saggart Hill. Láithir na Riogh is the name of an ancient site on the summit – thought to mean the place of the kings. Maybe a burial or ceremonial site overlooking the plains of Dublin.