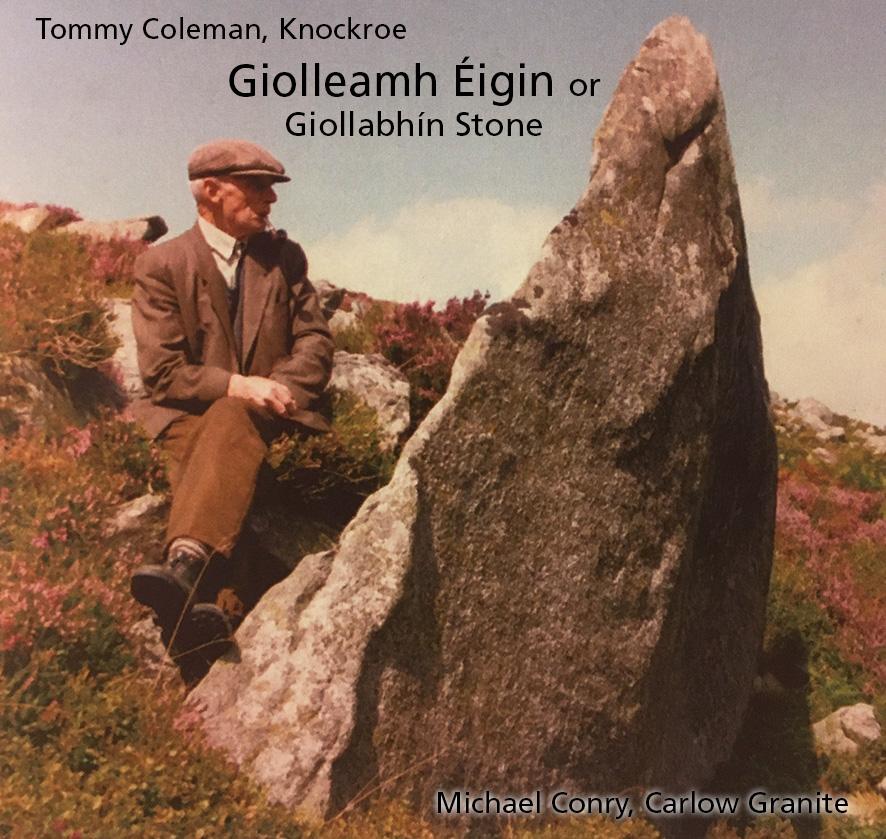 Recently I posted a photo of a huge boulder called the Beggars Rock but rocks don’t need to be large to have been named. If you come across any sort of distinctively shaped rock on the hills that’s on or near sheep grazing land, the chances are that it has or had a name. Such features were landmarks used by neighbouring hill farmers to refer to parts of the hill. They are/were like a communal map committed to memory and passed on from one generation to the next.

With the general decline in hill farming and stock being kept on enclosed land lower down, the need for such names has slowly dissipated. You’ll find some such landmarks recorded on maps by EastWest Mapping, some collected by my own fieldwork and others thanks to the foresight of others.

In this instance, we have a fine photo of Tommy Coleman (1920-2001) relaxing & smoking his pipe by a large fin of granite he identified as the Giolleamh Éigin aka Giollabhín Stone. This stone can still be seen and is located on the south east flank of Knockroe above the Scollagh Gap that separates Mount Leinster from Blackstairs Mountain. The photo was taken and name noted by Michael Conry in his excellent book ‘Carlow Granite’ published 2006. If you wish to visit it, you’ll find it accurately marked on our Blackstairs, Mount Leinster and the Barrow Valley map.