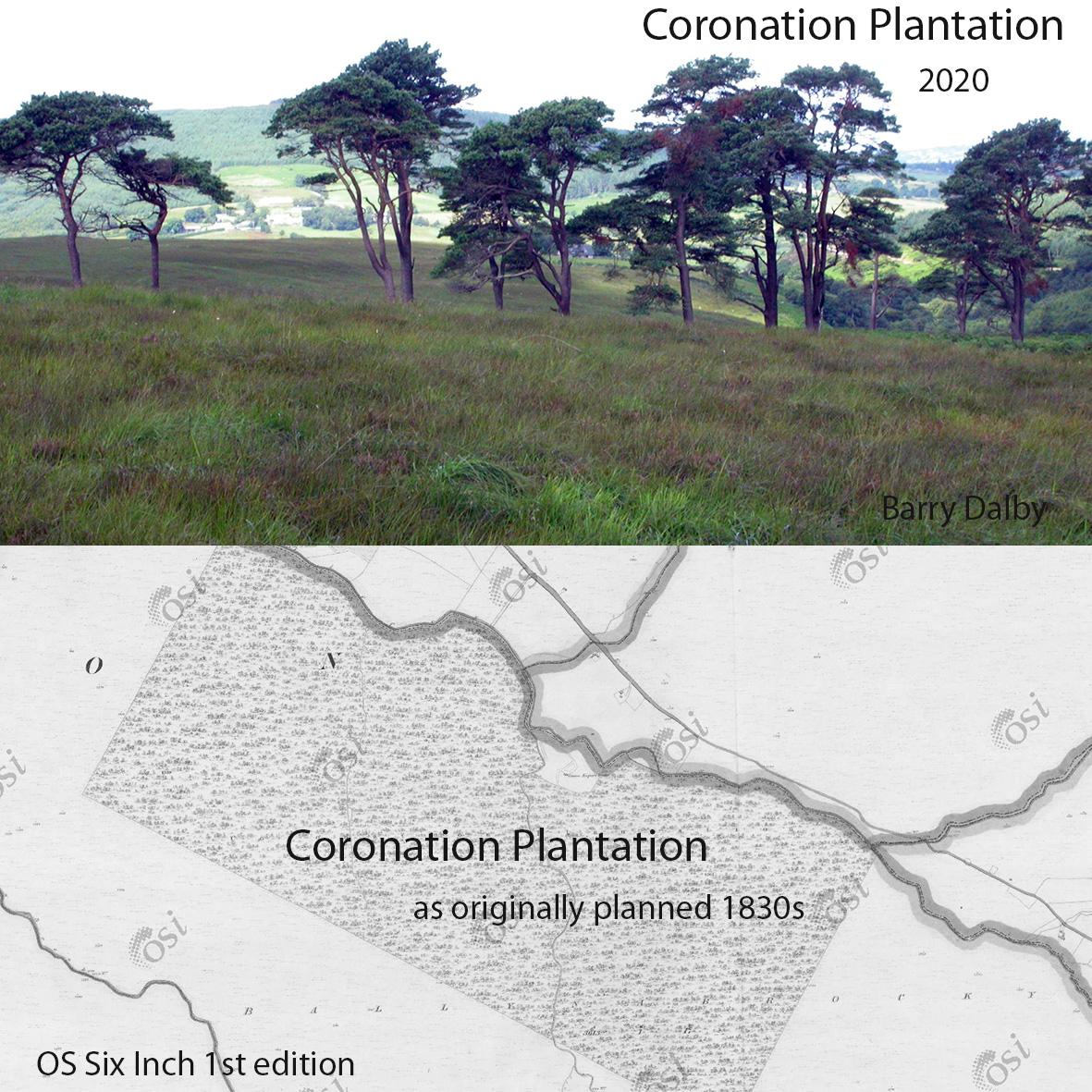 The scattered Scots Pine and Oak trees of Coronation Plantation near Sally Gap in Wicklow are the subject of many a photograph. Planted in 1831 by the Downshire Estate, the name refers to King William IV. The first edition of the OS Six Inch map a few years later shows a large rectangular plantation and these fences can still be traced today. This would have covered c800 acres but it’s not clear if the area was ever fully planted. Perhaps the OS published on the basis of plans and work in progress, certainly later sheets show a much reduced area. It’s known that timber was felled during the two world wars. The current trees cover about 60 acres, roughly 7% of the original plan.

Scots Pine is typical of the extensive Caledonian Forests of the Cairngorms in Scotland. The trees have a life span of 300 years plus, so healthy specimens here could last another century. However there has been little natural regeneration over the years for various reasons. Coronation Plantation is now managed as part of the Wicklow Mountains National Park and there will need to be intervention to ensure the future regeneration of this scenic landscape.