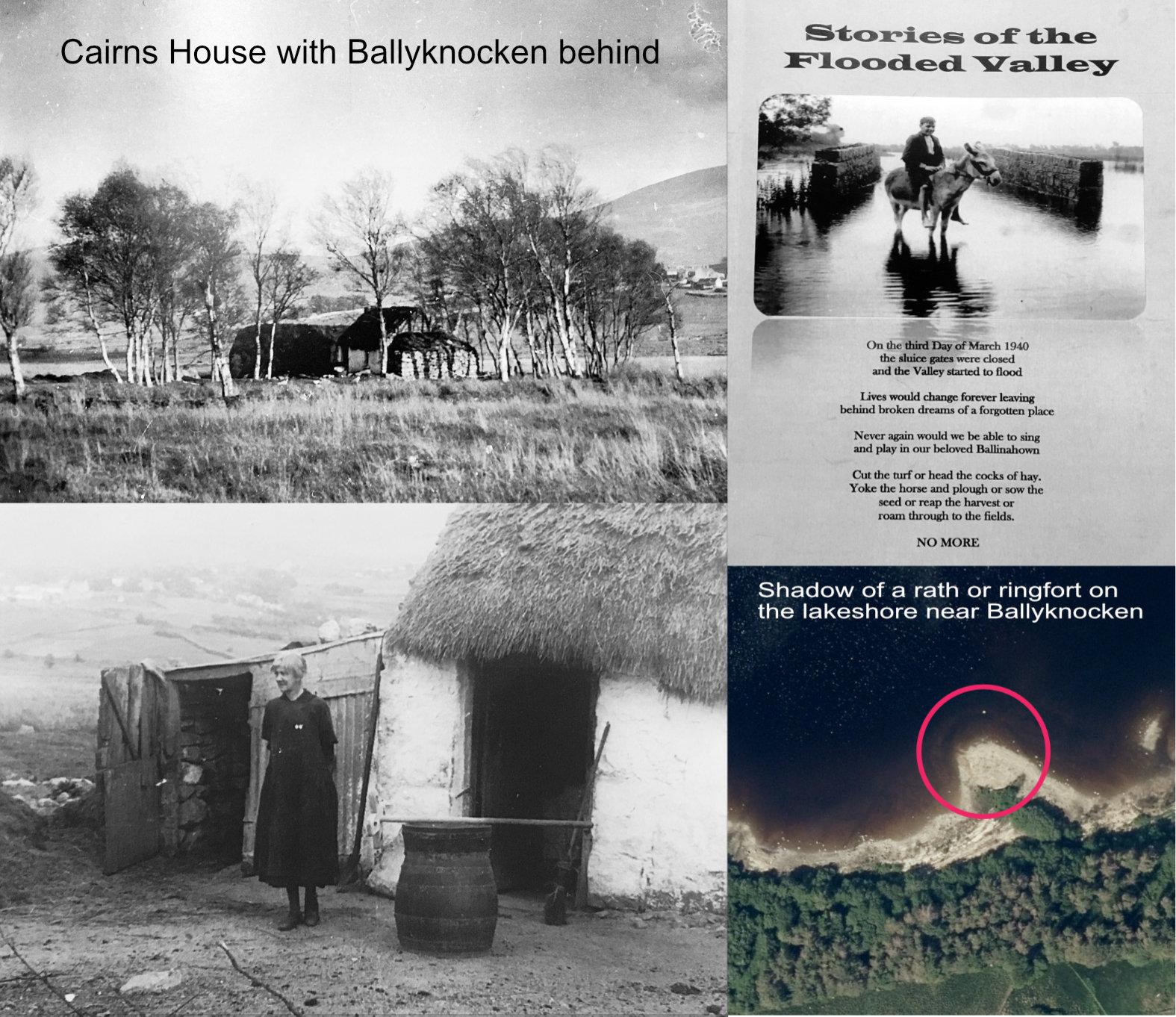 I’m currently recompiling map detail around Poulaphuca Reservoir or Blessington Lakes. This large body of water was created in 1940, following construction of a dam and hydro electric scheme at Poulaphuca. The broad flat valley of the Liffey was flooded both to generate electricity but principally to supply a stable water supply to many parts of Dublin.

The definitive account of the operation and accompanying folklore study is ‘Beneath the Poulaphuca Reservoir’ by Chris Corlett, 2008. A different angle can be found in a small booklet entitled ‘Stories of the Flooded Valley’ published in 2015 by Valleymount Parish. This contains the memories of  about ten elderly local people who were born in the 1920s and 30s, who recall both what the former valley looked like and also the flooding itself. They echo sentiments that I’ve heard when enquiring roundabout regarding placenames.

The reservoir can be seen as a thing of beauty now, the tree planting around the sides has matured and there is talk of a greenway circumventing the entire lake system. What’s not to like? But it has to be remembered that the people who lived and farmed in this valley were effectively evicted by the state in the 1930s. They were bought out by compulsory order at land prices which were historically low at the time. Up to 80 houses had to be abandoned and 300 farms affected to a greater or lesser extent. Some like the Cairns pictured here near Ballyknocken had to relocate, others just lost a field or two. The village of Ballinahown disappeared beneath the waters, communities around the valley were cut off from each other and forced into long detours. Fertile land along the banks of the Liffey was flooded but a great loss were also the several deep turf bogs that provided winter fuel.

The generation that would remember this is nearly gone now. The sense of loss and resentment in some of these stories and what I’ve likewise heard will soon be a thing of the past. But the reality still persists on the ground in the form of old walls and ditches that fade into the lake and the like of this rath near Ballyknocken that lies just half in and half out of the water according to how much water is drawn off by the metropolis.

Respect for the Ráth