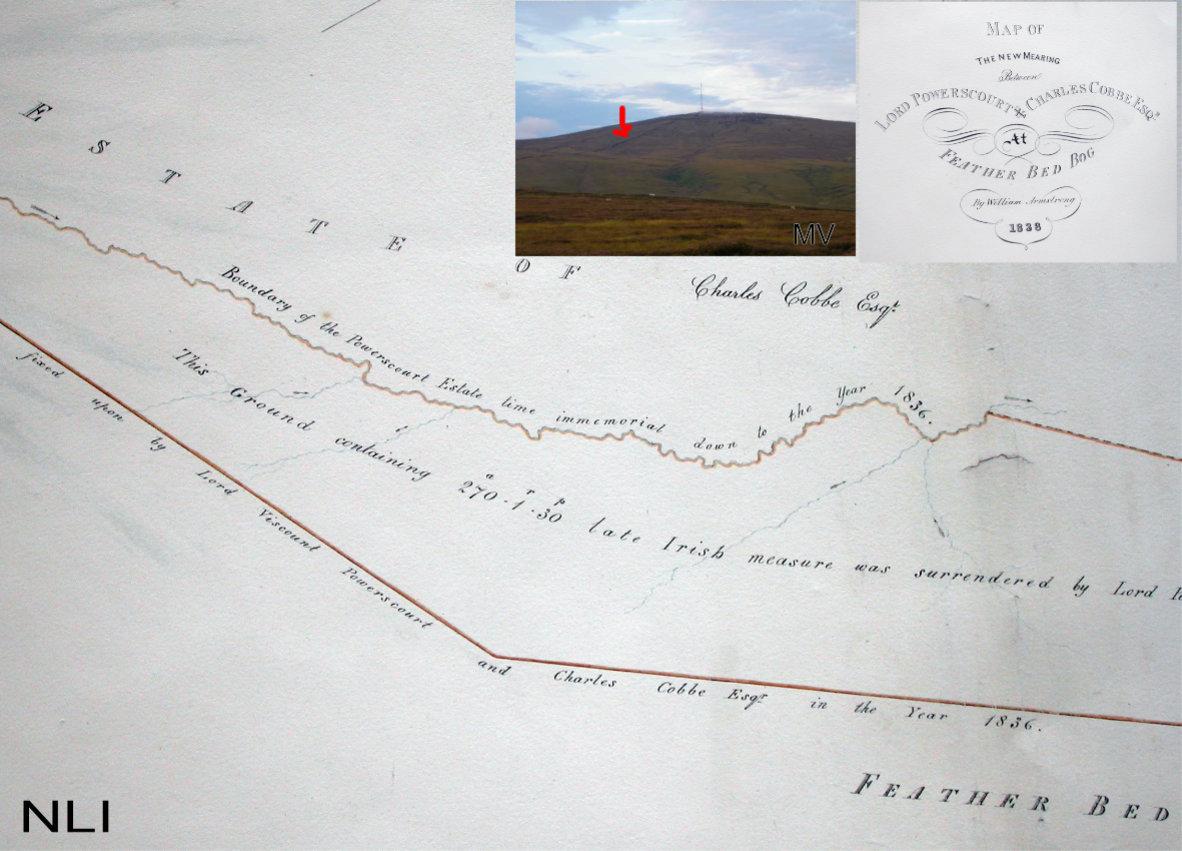 I’m sure a good few readers here have approached Kippure Mountain in the Dublin Hills by means of the long straight Moat Bog Road from the Featherbeds. When this terminates, you climb steadily uphill alongside a notable ditch. This is a mearing ditch, and here the county boundary between Dublin & Wicklow.

This map may then be of interest as it’s dated 1838 and details an agreement of 1836 between Lord Powerscourt and Charles Cobbe. The Powerscourts owned the land eastwards back towards Enniskerry and Cobbe owned the lands above Glenasmole that have recently passed to the Wicklow Mountains National Park. Cobbe lived down at the house where the Castlekelly bog road comes up.

The map is entitled ‘The New Mearing’ and the inscription states: ‘the new boundary fixed upon by Lord Viscount Powerscourt and Charles Cobbe Esq in the year 1836’ and also shows the old boundary between their lands prior to 1836 which was the upper reaches of the Dodder, Moreen’s Brook etc.

This new boundary is exactly what is walked and climbed as described above and dates the Kippure mearing ditch to 1836/38. This time period coincides with the work of the Boundary Survey and Ordnance Survey in fixing and mapping boundaries. I suspect that the original boundary here was a bit vague and disputed on the ground above the river and it was as a result of the Government Boundary Survey that the two landlords agreed to this new defined line. Which in turn defined not only their lands, but also the townland boundary, civil parish, barony and county boundary here. Look at the turf wars that rise occasionally now when civil authorities try to change county or city bounds, that rumble on for years. In truth there must have been many thousands of decisions like this back in the 1830s/40s and the exact bounds that seem so sacred now are in many places not so ancient that people suppose.