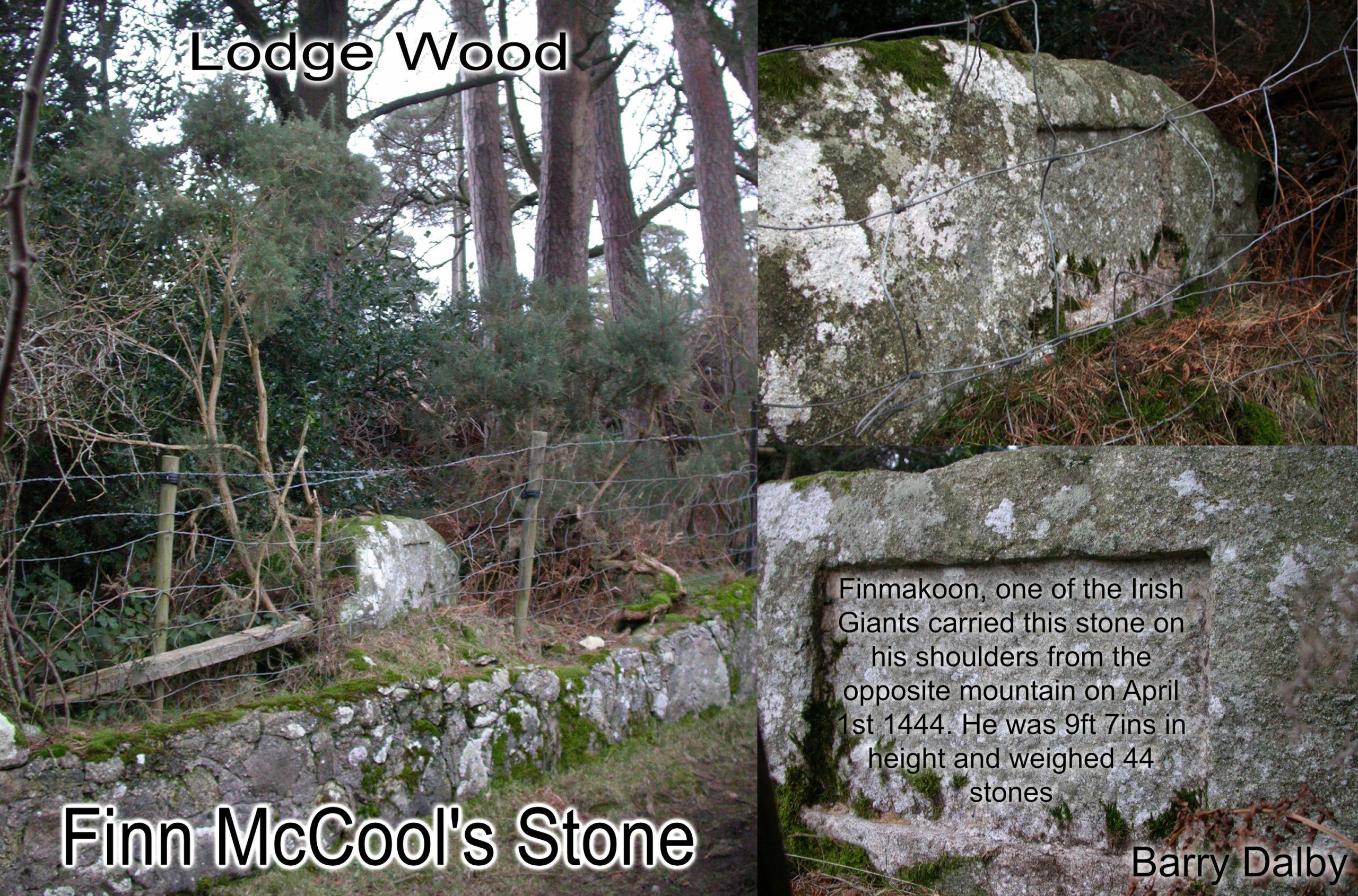 The Castlekelly bog road starts at the back of Glenasmole valley and a short way in on the left is a large granite rock called Finn McCool’s Stone. It’s marked accurately on our Dublin & North Wicklow Mountains map. The Lodge Wood lies behind and close by is Heathfield or Cobbe’s Lodge, residence of Charles Cobbe mentioned in the previous post.

Finn McCool or Fionn MacCumhaill is a figure straight from Irish mythology: a supreme warrior, hunter and leader of the Fianna, whose exploits range far & wide.

As you can see from the photos here, there is a blank rectangular socket on the boulder where once was mounted a plaque. If you’ve wondered what was written therein, an answer lies in the Schools Collection of 1938/39 courtesy of Múinteoir S.Piondair of what I think was Glenasmole Boys School. He? tells us that a marble plaque was once there and read ‘Finmakoon, one of the Irish Giants carried this stone on his shoulders from the opposite mountain on April 1st 1444. He was 9ft 7ins in height and weighed 44 stones’.

Make of that what you will but do take note of the date!