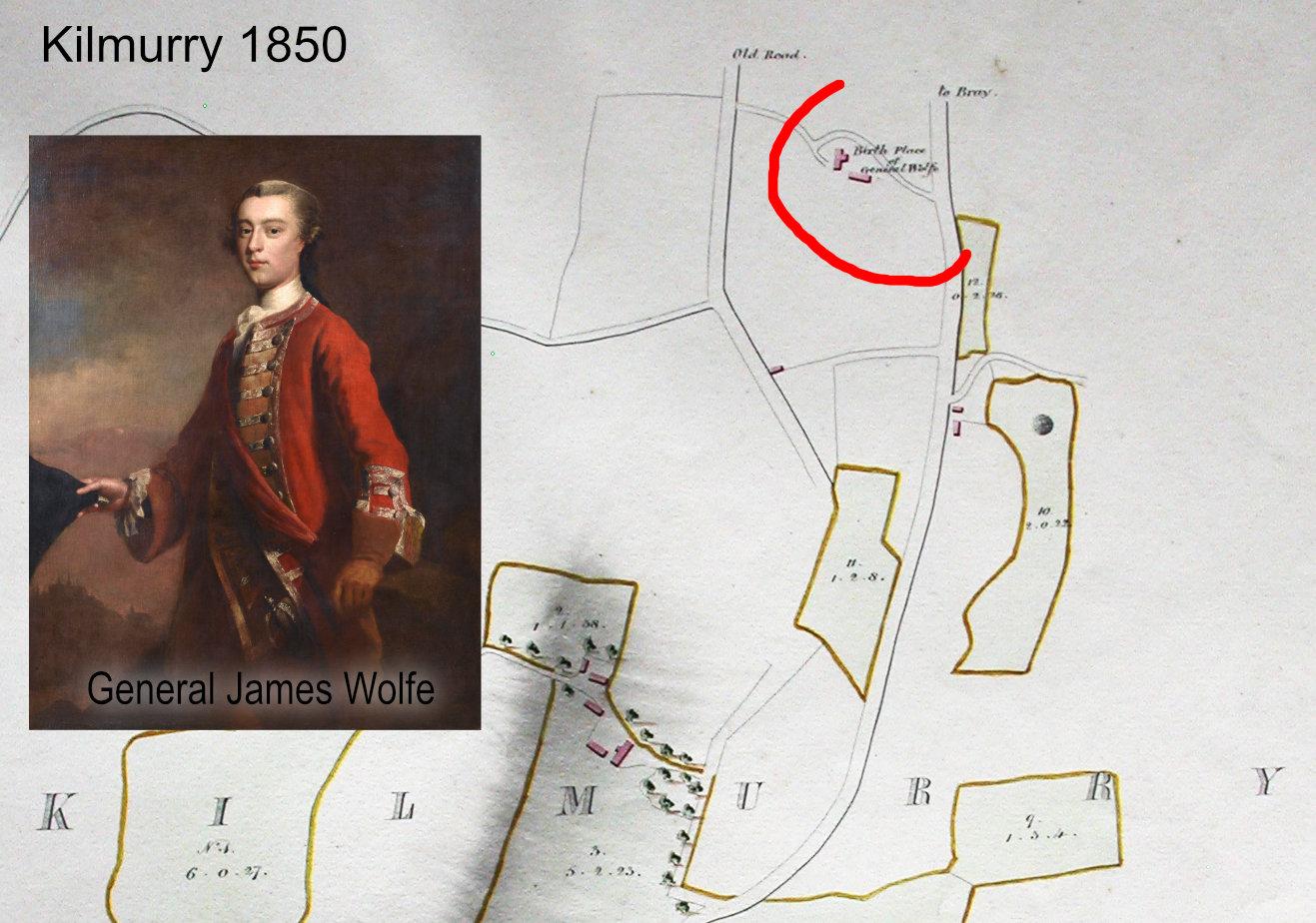 Whilst looking through a series of Powerscourt Estate maps of 1850, I noticed a little historical note on the map of Kilmurry townland near Kilmacanogue in Co.Wicklow. To wit the, ‘Birth Place of General Wolfe’. But who was this General Wolfe?

A little googling soon turned up an entry for Kilmacanogue school in the 1937 Schools Collection to the effect that ‘On the other side of the New Road, a little to the north of the green, stands the site of the houses in which General Wolfe of Quebec celebrity was born’.

It seems that this General James Wolfe of Quebec fame was associated with the Battle of Quebec of 1759, between the British and the French for the control of Quebec and which battle later shaped the creation of the state of Canada. The battle followed a 3 month siege, it was won by the British and although Wolfe was killed in the early stages he was widely credited at the time with a masterful battle plan.

There seems to be some doubt about where James Wolfe was born. Wikipedia states he was born 1727 in Kent, England. The Woulfes of Limerick likewise lay claim to him, but the tradition that he was from a Woolf/ Wolfe family associated with Kilmurry seems to be backed up here by this map which was made about 90 years after the fateful day. You can read more at: