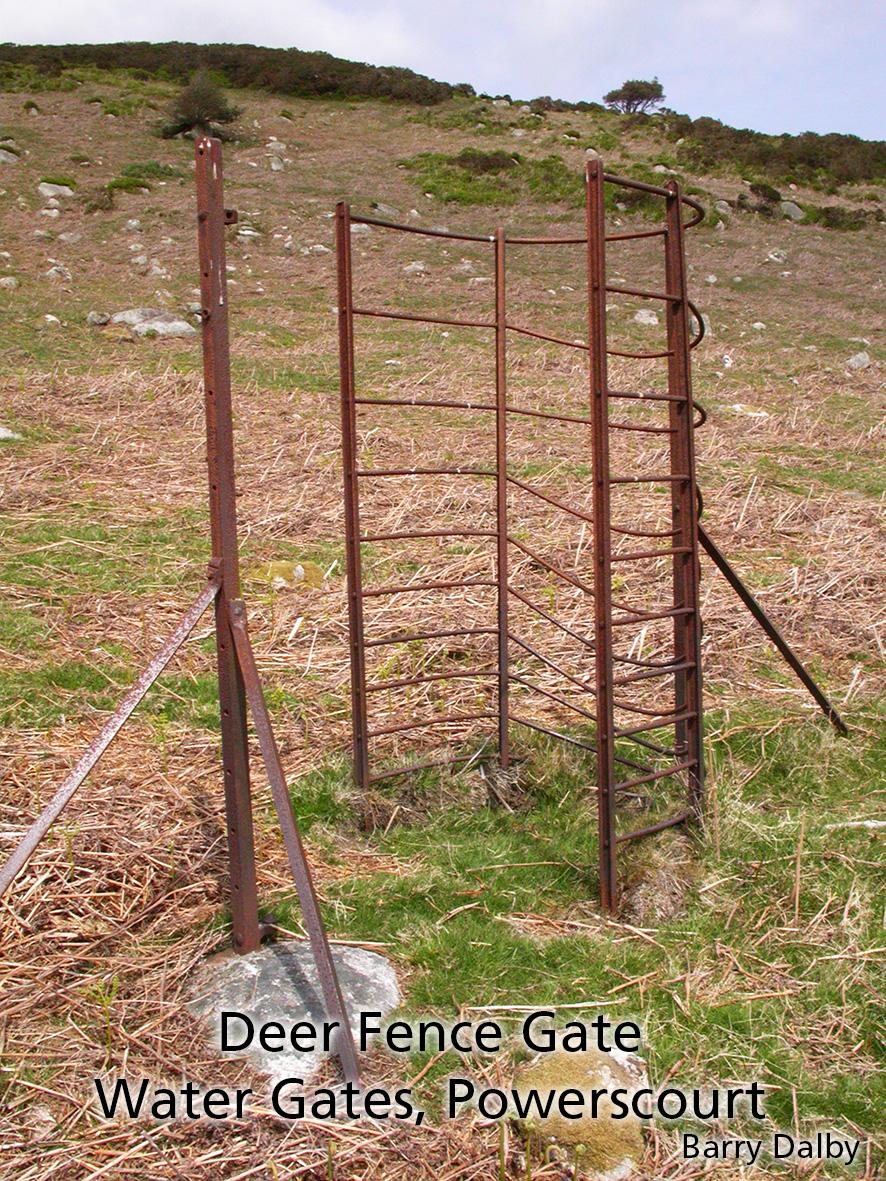 The photo here is taken at the Water Gates above Powerscourt Waterfall in Co.Wicklow. This was one of the gates through extensive six foot deer fencing that surrounded Powerscourt Deerpark and which also extended up onto the hills. There would always have been native Red Deer in these valleys which were hunted over the centuries. It was Viscount Powerscourt who introduced other deer species around 1860, initially near Powerscourt House but then up in the Deerpark at the waterfall. He imported a small Japanese deer called Cervus Sika from a London animal dealer called Jamrach, starting with just one stag and three hinds. These succeeded very well and as the herd grew, he sold them onto various other estates around the country including Muckross & Glenstal. In time, they also escaped from the confines of the Powerscourt deer fences and started breeding with the red deer. Hence most deer seen in Wicklow now are an interbreed of the two species, larger than the original Sika but with a distinctive white rump.