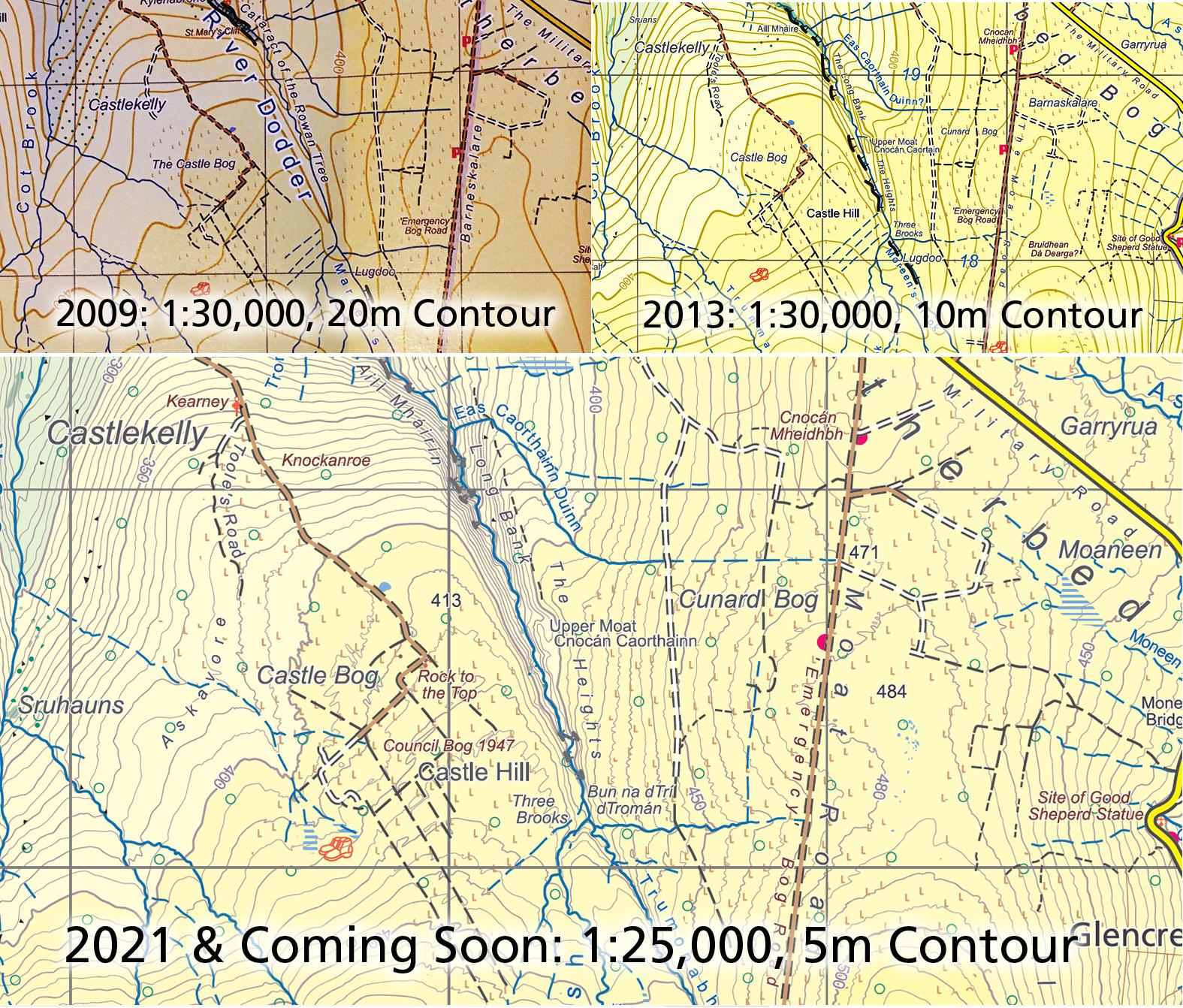 We hope shortly to have a new 1:25,000 map of the Dublin Mountains. It may be of interest to see how this map has developed over the past decade. Here are three extracts of the same area in upper Glenasmole. Top left is our first original topographic map, published in 2009 at 1:30,000 scale with a 20 metre contour interval. Top right is the subsequent edition published in 2013 at the same scale, with10 metre contours and additional placename research. There has also been a reprint of this version with updates.

The bottom extract is from our forthcoming Dublin Mountains 1:25,000 scale map with a 5 metre contour interval and a further tightening of the placename record.

The hills haven’t changed much here over this time but as you can see by comparing one extract to the next, we have engaged in a process of continual improvement in the map record. That said, I don’t think we’ll improve much further on this as a 1:25,000 map. It will represent my final attempt at mapping this region at this scale, apart from periodic updates to detail.