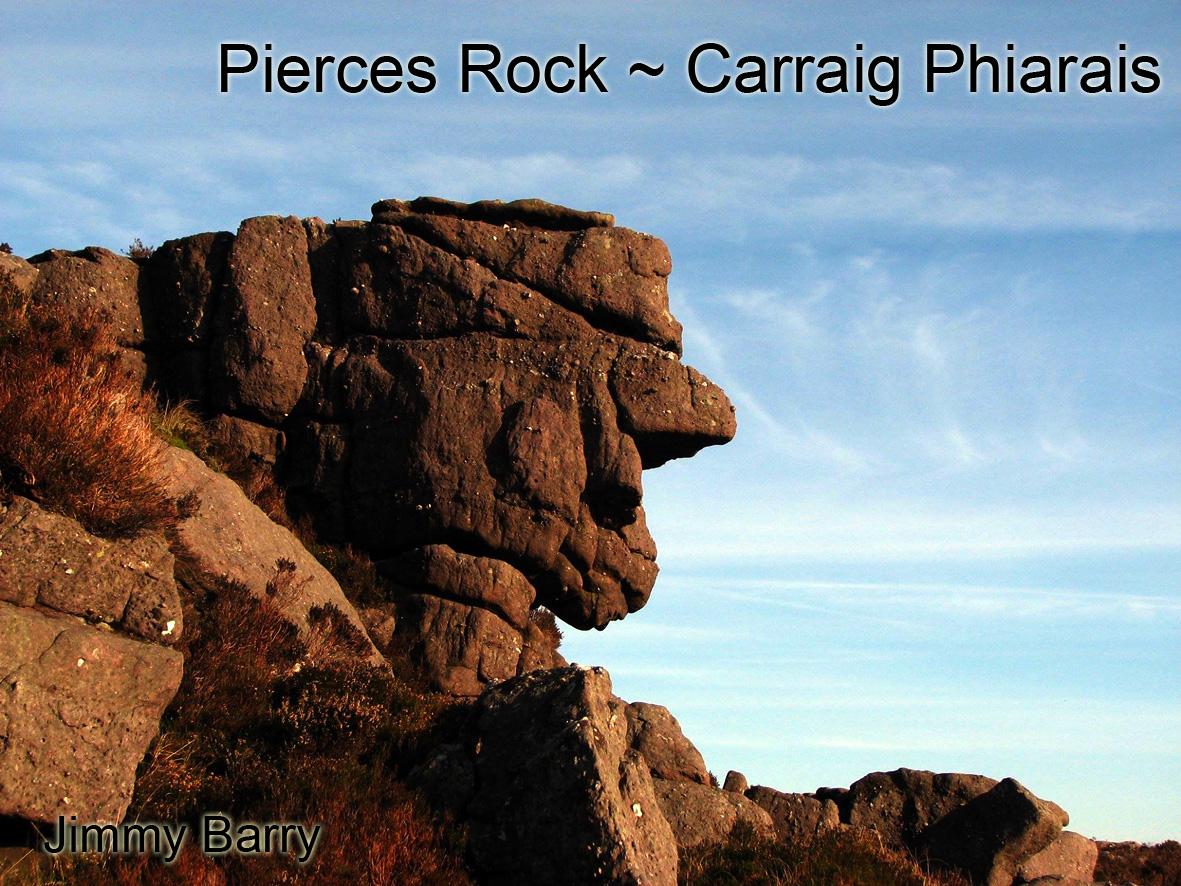 Jimmy Barry in his book Under Galtee Skies has a photo of a strange head shaped rock of which he writes that it lies above Ballydavid Wood near Cahir. I took due note of it as a feature that would be worth locating on a new map of the Galtees, but didn’t think much more about it until I was reviewing the 1841 Fair Plots. These are the final draft maps of each parish that were sent back to OS HQ in the Phoenix Park for collation into the final six inch county maps.

One of the interesting characteristics of these Fair Plots is the details they show, some features but mostly placenames that didn’t reach the final printed editions. And one of these little details is a clump of rocks labelled Pierces Rock or Rocks right on the boundary above what is now Ballydavid Wood. A quick check with Jimmy confirms that is the same spot where the head shaped rock lies.

Now Canon Power lists the name Carraig Phiarais for the area and the name Carrigphierish loiters in this general area on OS Sheet 74. It was also borrowed by the sappers as a station name for the adjacent hill, so it was clearly once a prominent name. However the actual location of Pierces Rock or Carraig Phiarais seems to be this largish outcrop of rocks with the head figure, which would have been well known to previous generations. We can only speculate if the head shaped rock was Piarais or Pierce himself, who must date back to early 1800s at latest and who could be much older or perhaps Pierce was a local landowner and these rocks were just called after him in a general way.

There are two other rocks that were worthy of names hereabouts, Loughnanes Rock and Vane Rock or Two Rock. It’s impossible to be certain but I think Vane here was most likely said like vane as in a weather vane. Think of ‘Moanbane’ in Wicklow which is pronounced Moan-vayn like this. Nonetheless I think a form of bán, the pale or even fair rock.