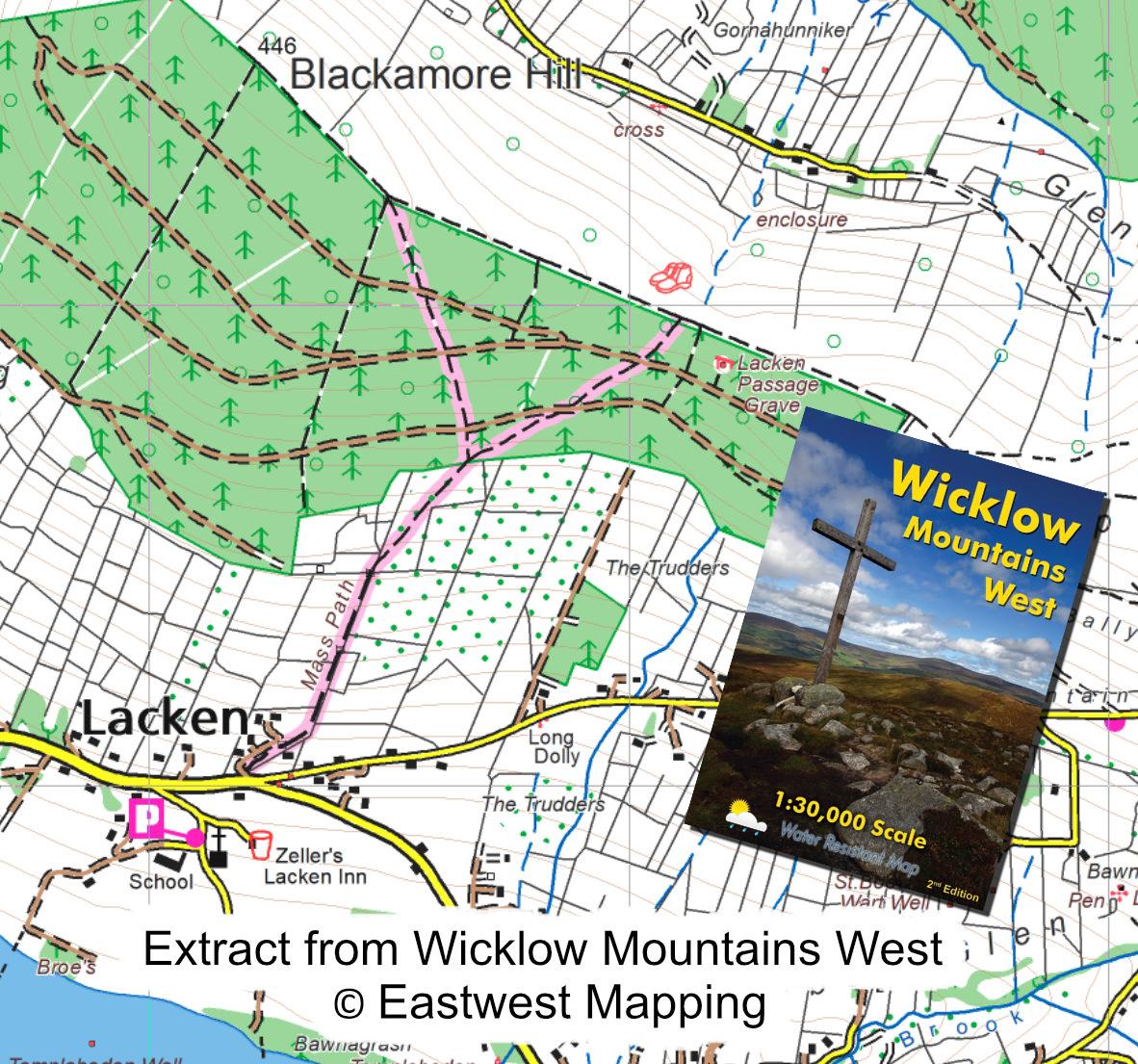 Customers and users of our Wicklow Mountains West map might like to take note of a useful update at Lacken, Co.Wicklow. The local community in the last year or so have reopened an old path that was once used as a shortcut by people from Lugnagun and Blackrock.

Cars were rare in rural areas up to the 1950s and a bit beyond, so people walked to get to local places. Rather than walking around Blackamore Hill and Carrig to get to school, mass, visit relatives etc. in Lacken, a shortcut was taken over the hill. Hence the name ‘mass path’.

The route which is open to the public & marked initially ascends a stone walled boreen, then passes through a field to reach a forest plantation. Here a choice of two routes can be followed to the summit ridge. If using the route in reverse a little more care will be needed to get the start of the paths at the forest edge.