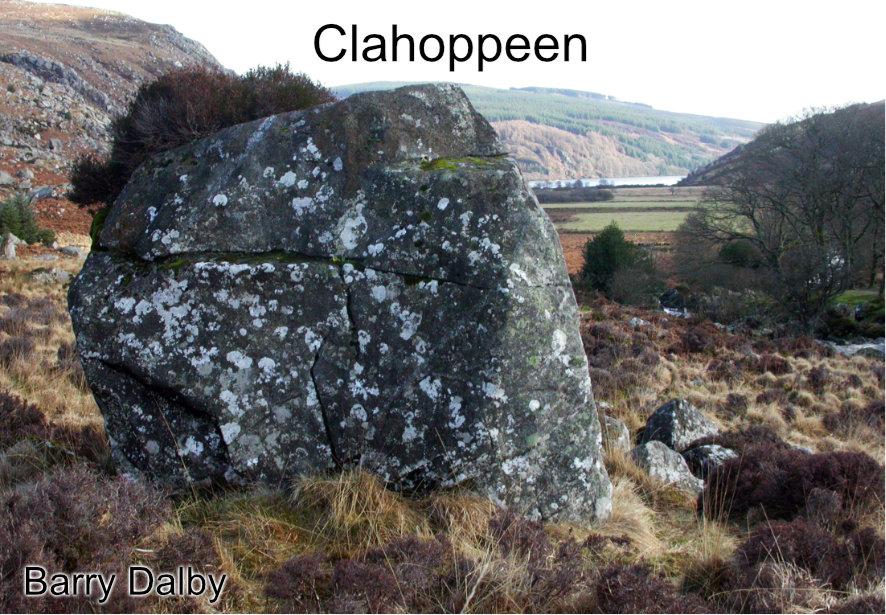 This is the Clahoppeen rock, it features a few times in the notes left by Liam Price and must have been a notable landmark for local hill farmers in the past. It lies just above Johnny’s Oaks or the Copse in the Inchavore valley, Co.Wicklow.

As you can see this granite boulder has a patch of heather growing on the top, hence what is likely the meaning of the name. Cla- or Clo- is often Wicklowese for the word ‘cloch’- a rock. Whilst -hoppeen is most likely ‘chaipín’ – simply a cap. So Clahoppeen or Cloch Chaipín is the ‘capped rock’.

Such boulders are not entirely uncommon and there’s a similar named rock near Wicklow Gap called the Cappy Stone.

The Clahoppeen rock can be found marked on our Wicklow Mountains West & Wicklow East maps.