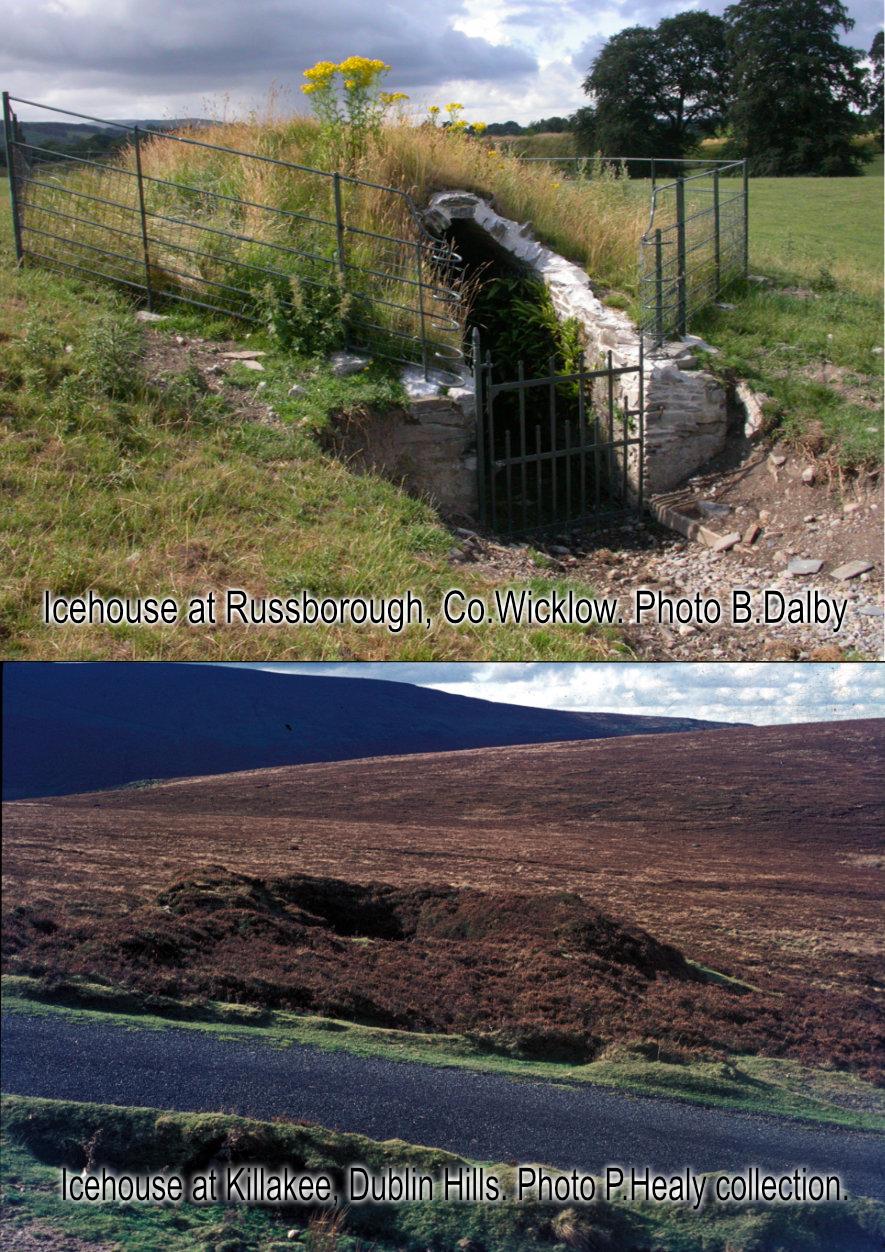 Icehouses are a heritage feature that you may come across marked on maps by EastWest Mapping. They are usually found as ‘cave like’ rooms built into a hillside, not unlike lime kilns but with a very different purpose.

The modern refrigerator or fridge as we know them only reached domestic markets in the 1920s and decades later in rural Ireland when electricity supplies were developed. Before this, to keep foodstuffs fresh, a windowless cool room or cupboard was used as a larder. However this was no use for making or keeping ice which was useful for a variety of both domestic and commercial purposes. The solution was the icehouse, an outdoor larder built into a sunless spot, which could be packed with naturally frozen ice in the winter which would retain the ice well into late spring and summer.

There are two types of icehouse that I’ve come across as in the photos here. The most common surviving examples are those that were built for the big houses of the landed estates. This one at Russborough House, Co.Wicklow is fairly typical and if you were a farm hand on this estate, it might have been one of your duties to collect and store ice in it during the winter.

The second type such as found at Killakee in the Dublin Mountains were essentially a farming enterprise. This account from Glassnamucky written in the 1930s explains as follows: ‘Before ice was manufactured for commercial purposes, people used to gather ice from ponds in the hills during winter. They carted it to what they called an ice-house. This was built into the ground: the only part above the ground being the roof. The roof was thatched with straw. When the ice was put into the house it was trampled and covered with straw. It would keep for eight or nine months.’ Dublin City was nearby with a market for ice, so this was supplementary farm income.