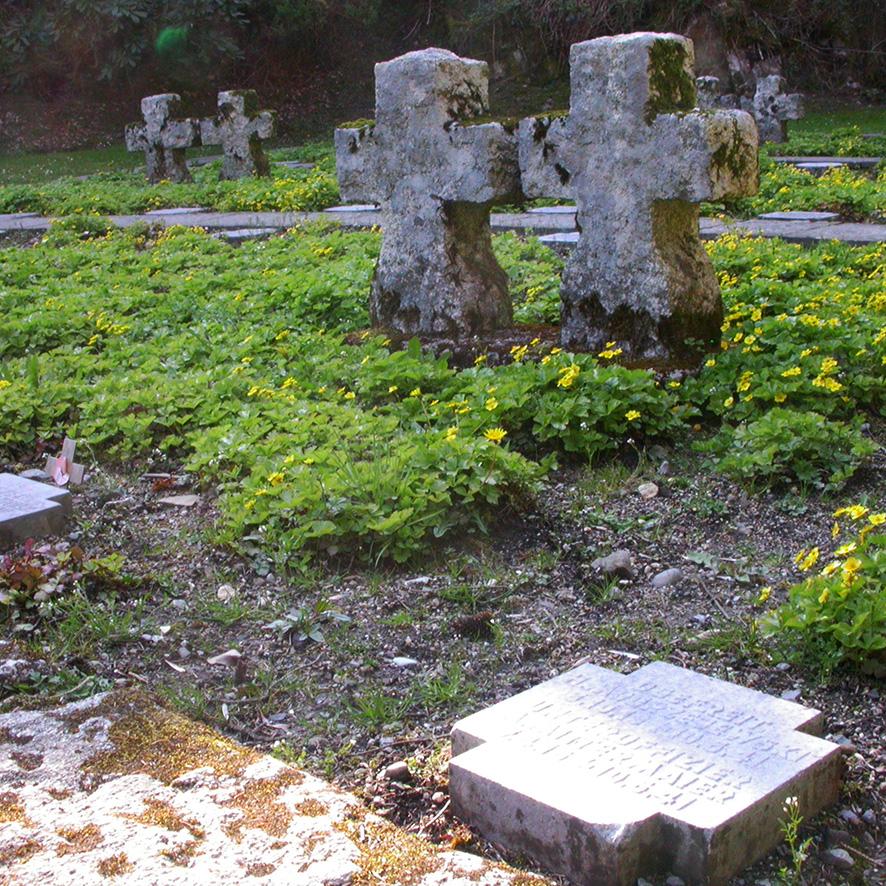 The German War Cemetery is located in an old quarry near the Glencree Centre at the top of the Glencree valley in Co.Wicklow. If you’re passing by, it’s well worth a short visit to ponder on the loss of mostly young life in times of war. It contains the remains of 134 people, mostly German air force and navy service personnel but also German civilians who died or were washed up here during The Emergency or WW2.

These include the crew of a Luftwaffe Heinkel bomber that crashed into Blackstairs Mountain in October 1941 with the loss of four crew:  Kurt Tiggemann, Wilhelm Böhmer, Ehrfried Kolwe, and Hans Szuflita. These men were first buried nearby but on the opening of the German War Cemetery in the early 1960s, they were reinterred along with German nationals from various other graveyards.