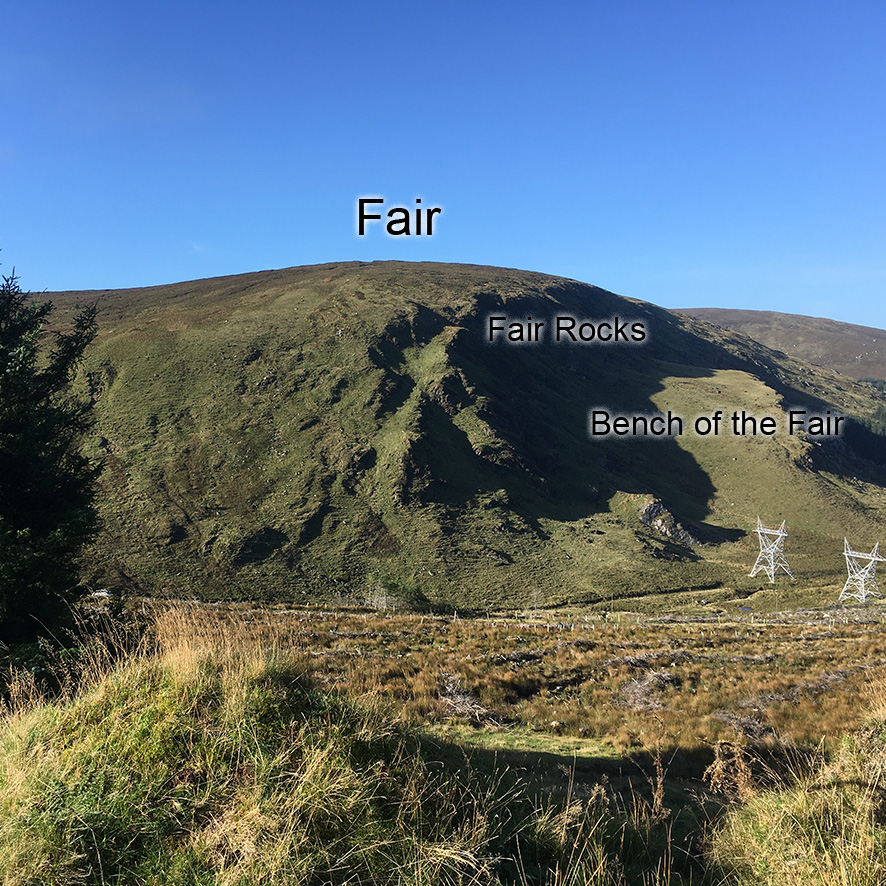 The Fair is a rounded hill just west of the Turlough Hill ESB pumped storage scheme in Wicklow. The photo here shows two of the large pylons that run down the Kings River valley and distribute the electricity into the ESB network.

The meaning of the name, Fair is uncertain. Liam Price initially speculated that it might relate to fairs in Glendalough and the version Sliabh an Aonaigh seems to be the preferred official suggestion, though there is nothing to substantiate this. Liam also suggested that the name maybe related to the name of the valley just west which is Glanakeera. This could relate to either Gleann a’ Caorach (valley of the sheep) or Gleann a’ Caora (valley of the berries). Liam’s further thinking here is that the name Fair could be a corruption of the Irish An Chaor and if so, that this word for small round berries like fraughans was also used topographically to describe small rounded hills. Which description would fit the roundy hill known as the Fair.

I doubt if the true answer will ever be known and the Fair is a good example of a placename that should be left as is. Trying to ascribe an official Irish form to it is an exercise in guesswork and would attach a degree of quite unwarranted certainty.