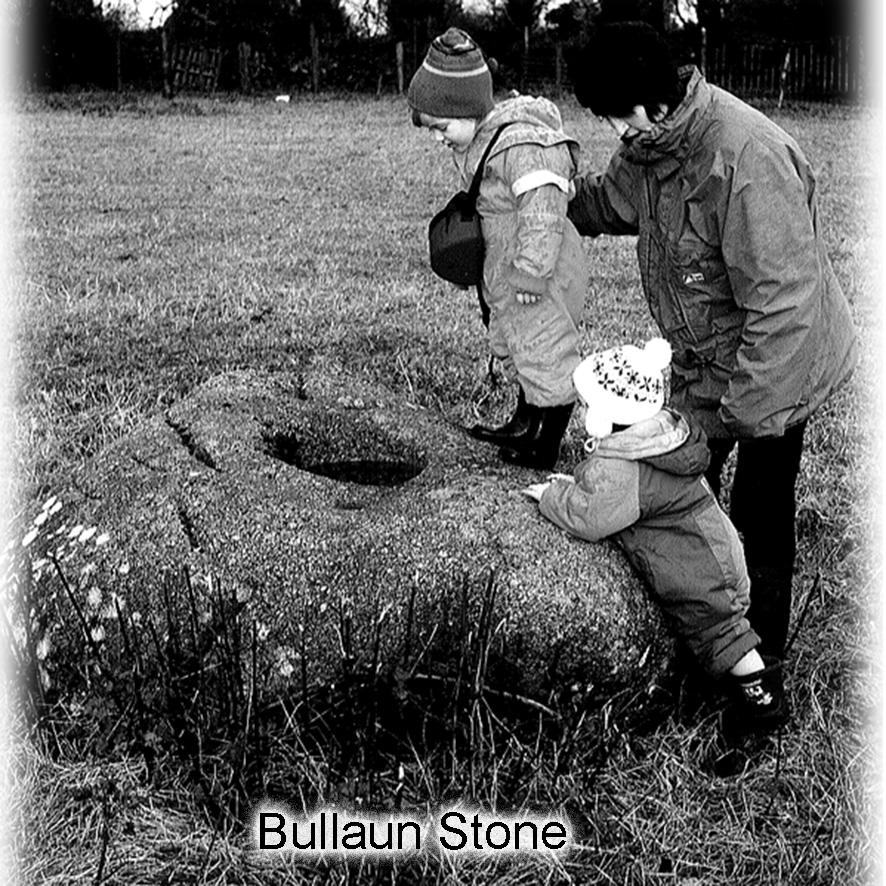 Bullaun Stones, often pronounced bull-yawn, are common enough field monuments found particularly along the east coast and hinterlands. Often of granite rock with a pronounced unnatural hole or depression in them. This usually holds water and such stones are frequently called Wart Stones locally, as bathing your hands in the stony water can diminish warts.

Bullaun stones like this are traditionally associated with old ecclesiastical sites, though their original function has been much debated. The most obvious practical use would have been for grinding cereal grains using a smaller rounded stone like a mortar & pestle. But perhaps the holes were also used to contain liquids or materials associated with religious ceremonies.

They tend to have survived down the centuries partly due to their robust nature but also because it would bring back luck to break up such stones for building material in the past.

The word bullán or bollán is from Irish, associated with round or lumpy things. Applied to rocks like this but also to low hills that have this appearance and also sea rocks that are lumpy & round.