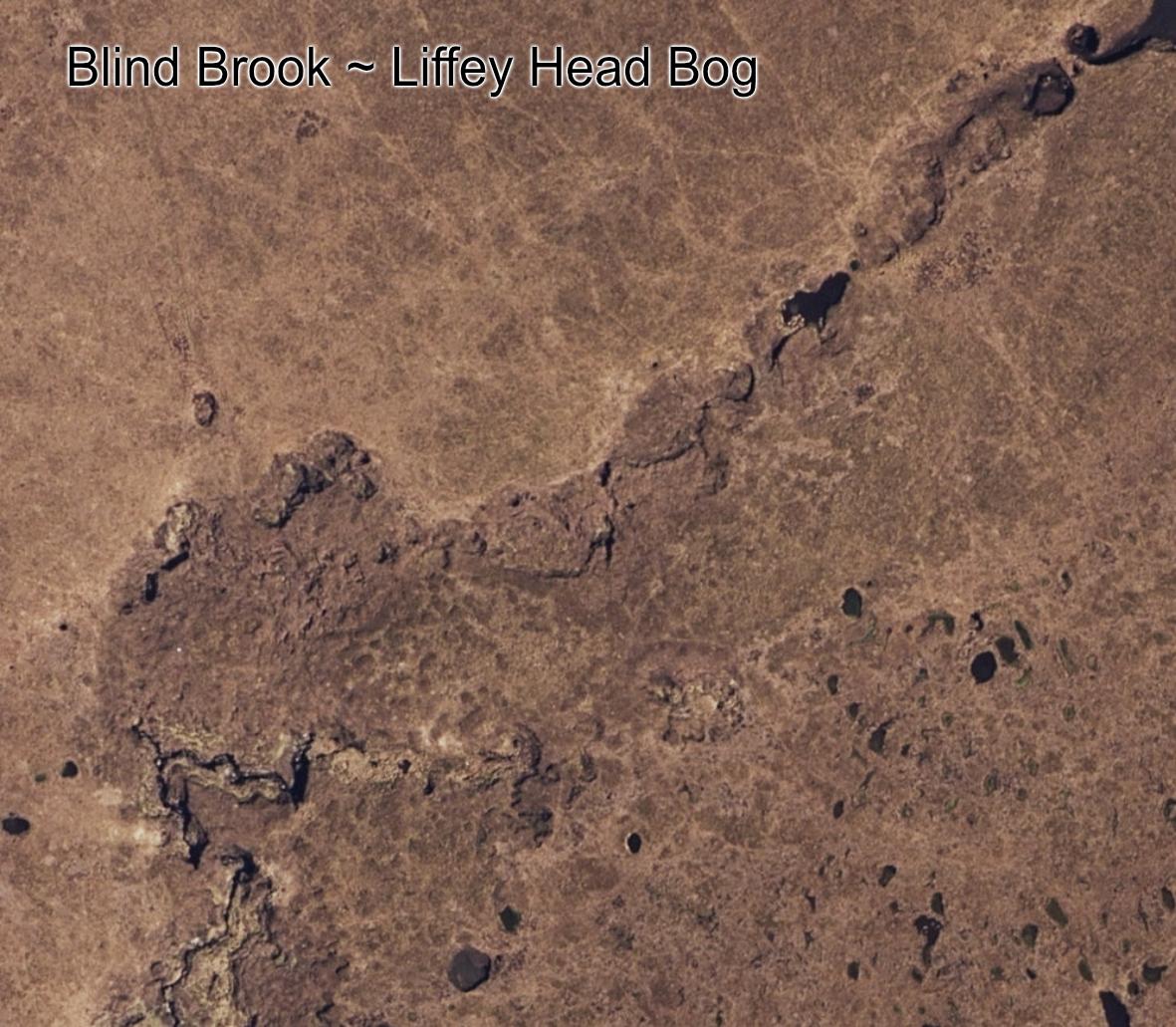 Those who ramble the hills and venture across valleys and rocky slopes will be familiar with hearing the tinkle of running water under their feet, even though no stream is immediately evident. The experienced will proceed with caution as there is a good chance that your footstep will find a hole covered in the heather.

Such streams are often called Blind Brooks in Wicklow and Leinster area generally. They’re there but you can’t exactly see where they run. Commonly this is either because the slope is rocky in nature, perhaps covered mostly in heather and the water flows at the base of the rocks. Or alternatively on blanket bogs, streams cut a subterranean channel under the peat and run along the underlying harder surface. Their presence is betrayed here and there where the peat collapses into a hole and the stream can be observed a few feet down. Rather like the shakeholes found in limestone country, where streams disappear underground into cave systems but where the overlying rocks collapse in places.

Blind Brooks are easier to hear than photograph but this line of drainage on the Liffey Head Bog in Wicklow is typical enough. A line of pools, bits of stream and holes.

Irish forms of similar such names I’ve come across are ‘slogaire’ – to swallow, a wet area that is swallowed i.e. hidden and ‘cuisleán bacach’ – a slow overgrown stream.