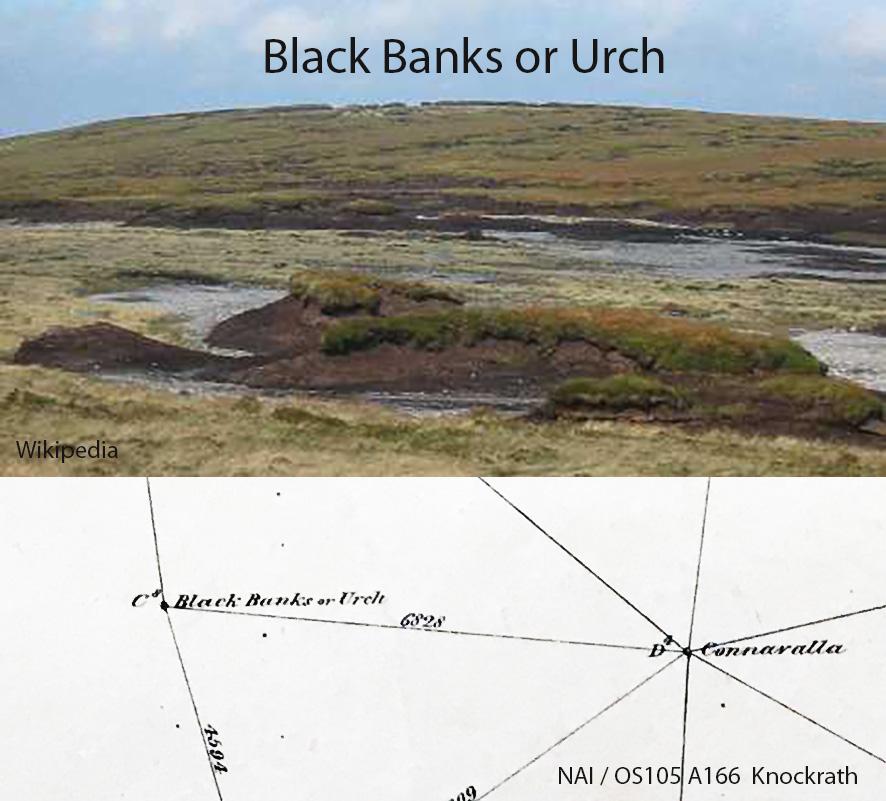 I’ve written previously about the name ‘Table Mountain’ in the Wicklow hills and reported that locally this area is still known as the Black Banks. That the name Table Mountain is known as a ‘map name’ but would not be used or have been used by the hill farmers of the valleys of either side.

More recently I spotted the following OS record in the National Archives. This is from the 1839 triangulation and six inch survey. Guess what? They recorded two names for the survey station on this hill, Black Banks and Urch – no mention of Table Mountain. This survey work proceeded by civil parish, a team surveyed one parish and the same team or another surveyed the adjacent parish and so on. These individual parish maps were then assembled together to make up county maps.

This hill is shared on the parish bounds and the name Black Banks seems more associated with the Knockrath parish team of 1839 (Glenmalure side) whilst the name Urch was used more the Hollywood parish survey team (Imaal side) who worked the area in 1838. Both appear on this Knockrath map, so obviously they were aware that two names were in use for this one hill station.

I haven’t come across the name Urch locally, so it’s presumably forgotten. However nearly two centuries later, the name Black Banks is alive & well. So forget your Table Mountain for this spot!