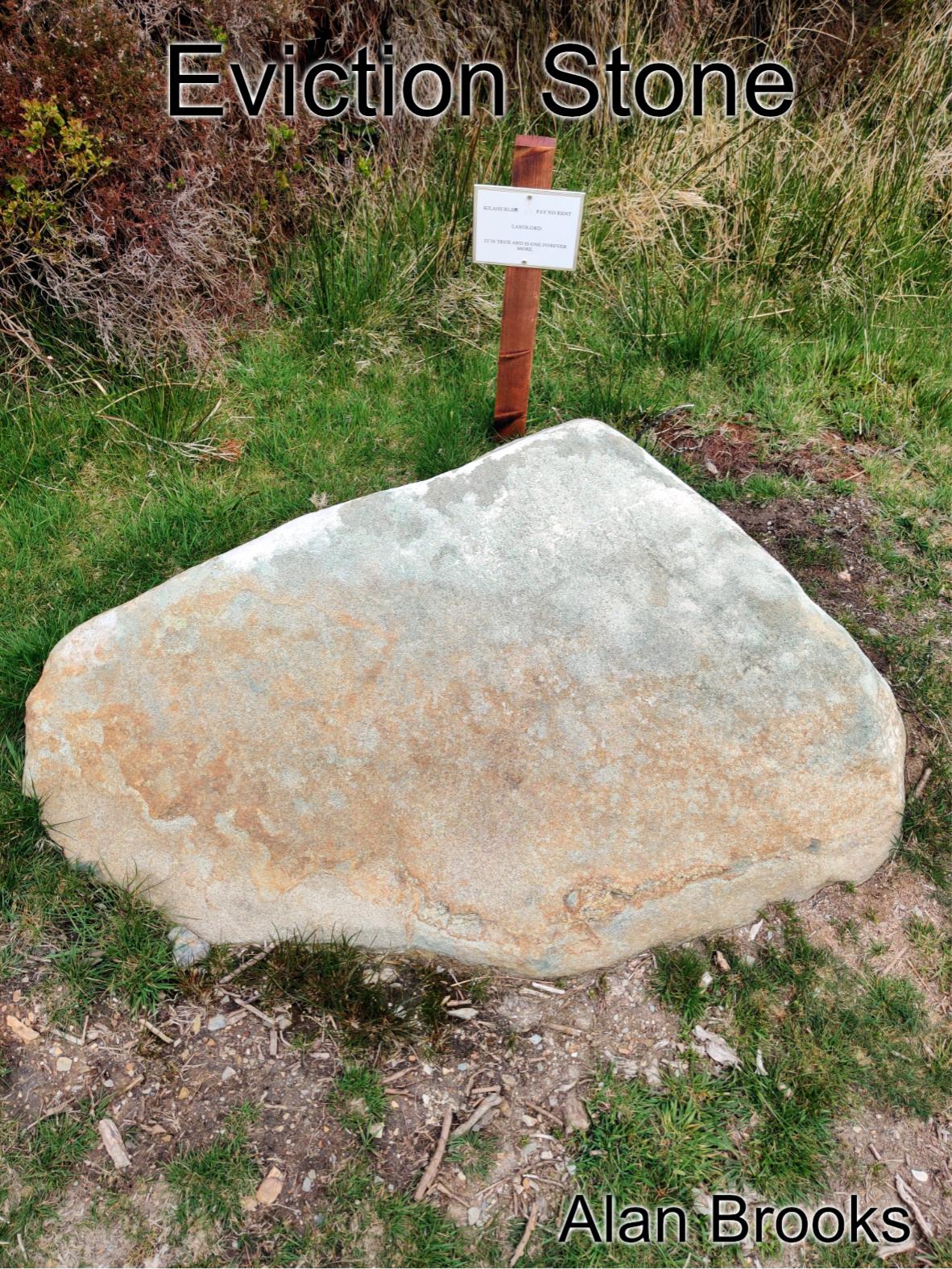 Thanks to map user Alan Brooks who sent in a photo and note regarding a memorial stone that has been uncovered and now marked at Raheenleagh forest just SW of Arklow. It lies on the route of an old path that crossed the hill here from the White Heaps towards Ballinagore and the Goldmines River.

Called the Eviction Stone, it relates to Kilahurler and the well remembered late 19th century campaign between the Land League and local landlords. You’ll find quite a lot online about the nearby Coolgreany evictions including this selection of contemporary photos: https://www.youtube.com/watch?v=jYynNj0SMoM

The relevant map is called ‘Wicklow South’ 1:25,000 by EastWest Mapping and can be purchased here: https://eastwestmapping.ie/product/wicklow-south/

Raheenleagh has an extensive windfarm now and waymarked trails around same. 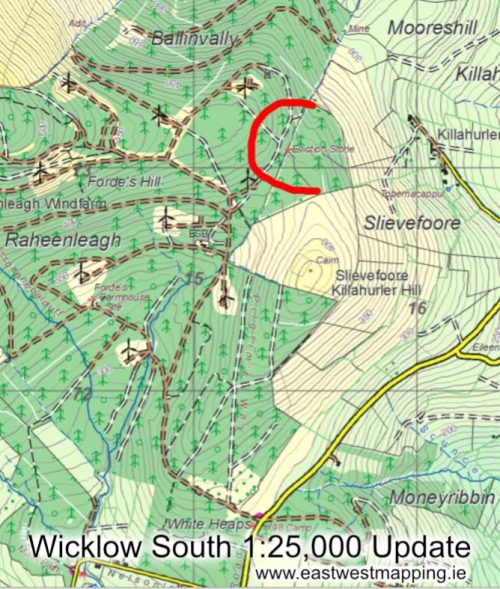