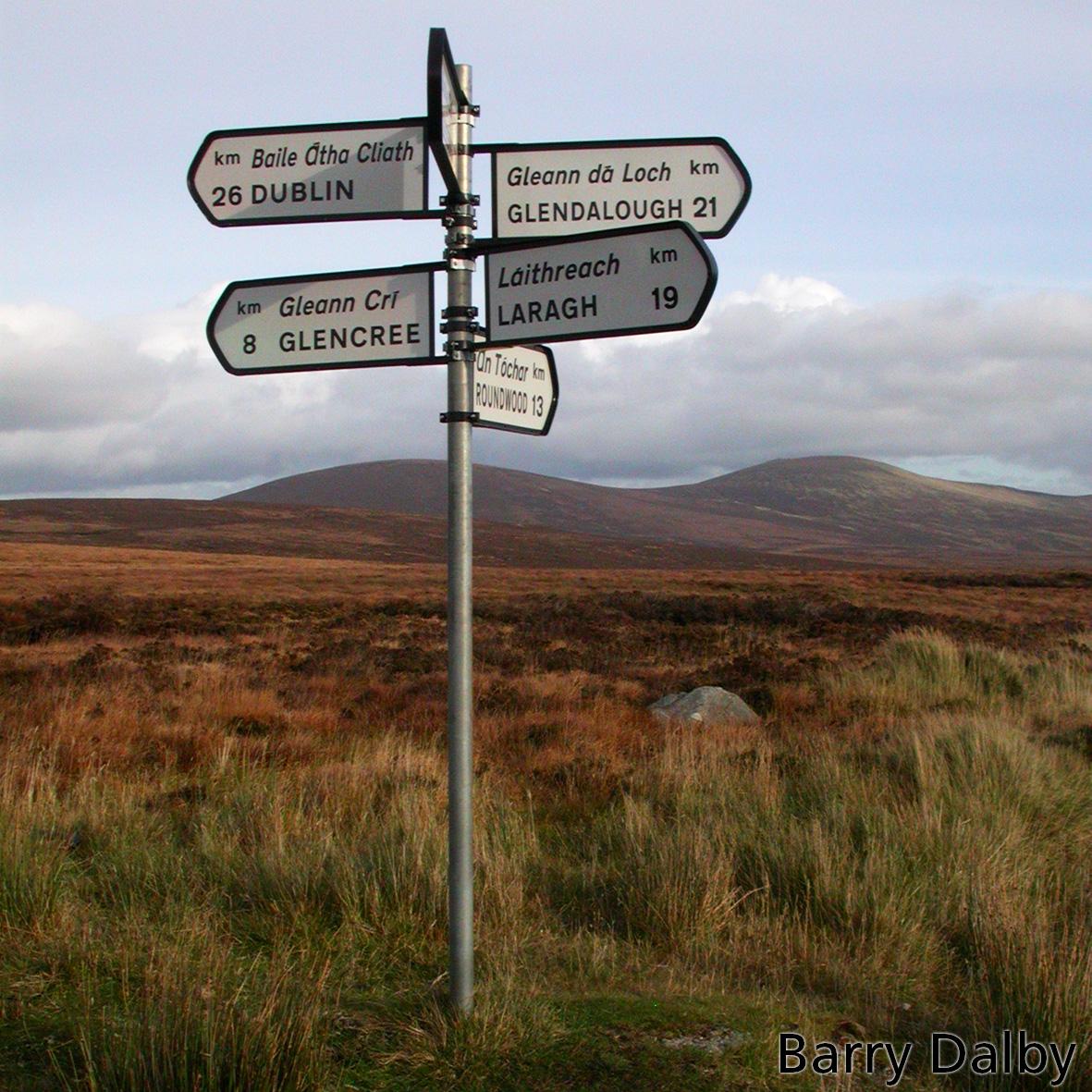 Mountain passes in uplands have always been important as the easiest means of crossing difficult high ground. In Wicklow, the three main passes are Sally Gap, Wicklow Gap and the Table Track over the Black Banks. The former two have retained their importance with tar roads whilst the latter is more the preserve of the hiker now.

The oldest placename record for Sally Gap appears to Barneballaghsilurnan as described in the Civil Survey of 1654-56. It is supposed that this represents the Irish ‘Bearna Bhealach Sailearnáin’ – that is ‘the gap of the way or road of the sallies/ willow bushes’. Alternatively ‘barne’ might be a form of ‘barr a’ – the ‘summit or high point of the road or way’ i.e. where you reach the high point of the road/ track and start descending the other side. As for the sally or willow trees, they are not uncommon on damp or wettish ground as found in the boggy streams leading up to the gap. Though why sallies were particularly distinctive enough here to warrant the name is not clear.

In general, many Irish placenames were anglicised from mediaeval times onwards but Sally Gap here reverses that trend and is typical of a name that was a rough English translation of the supposed original Irish.

Older names for Wicklow Gap remain a mystery, this was surely the most travelled pass of all and must have had an Irish name before the name Wicklow Gap became established. Remember that Wicklow as a county name dates from the 1600s. The Down Survey/ Civil Survey of that era has a name roughly hereabouts, ‘Head of Shoheene or Saugheene’, which at an educated guess refers to Wicklow Gap. As in the way the term head or top or barr is applied to the height of a valley. Was Shoheene or Saugheene the valley or stream on either side? There is no memory or modern form of the name as far as I know that might give a clue.