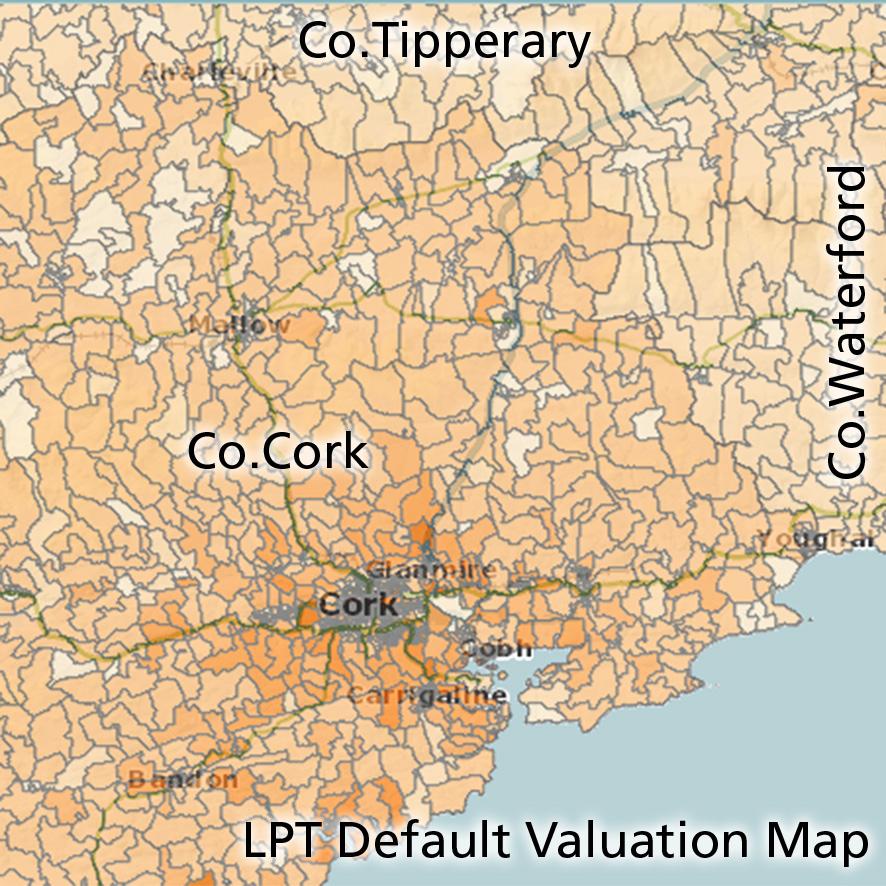 Local Property Tax (LPT) has been in the news recently with every householder requested to value their property. It’s not without controversy as house owners in urban areas say they are penalised compared to lower values in rural Ireland. Guidance is provided by means of a valuation guide map tool, with the suggested bands coming from the various local authorities, mostly county councils. See https://lpt.revenue.ie/lpt-web/valuation-guide/index.htm What’s striking about this is that you could nearly draw a county map of Ireland from it in places, due to the varying aspirations and political balance of each county council. Look at the Cork-Tipperary boundary or Wicklow-Carlow. Houses in adjoining townlands on either side of the county bounds can have varying default valuations of €50-100,000!

Nothing is new when it comes to tax, step back two centuries to the 1700s and early 1800s where the principal county cess tax was levied by similar county authorities. This tax was based on the size of land holdings and the quality of the land. However there were frequent complaints about inequities between the counties. Landowners asserted their neighbours with bigger estates of better land were paying less tax, because the maps were poor or that the assessment of land quality was completely arbitrary. This sense of tax inequality was the primary driver behind the Six Inch survey of the 1830s/40s. The three primary objectives were to a) establish the townlands and their bounds b) to map and measure the areas of each townland and c) to value the productive capacity of each townland. The first and last task was carried out by Richard Griffiths boundary survey and valuation department. The Six Inch map survey and calculation of areas was undertaken by the ‘sappers’ of the Ordnance Survey, the end result being a set of Six Inch maps for each county.

Following this mammoth task, each townland was then valued and taxed in a systematic way. In turn this led to a more detailed tenement valuation of individual property, which after independence morphed into a system of commercial and domestic rates. Domestic rates were removed following an election in 1997, to be restored as LPT in 2013. Which all goes to illustrate the old maxim, that the more things change, the more they stay the same.

Where is Saggart Hill?