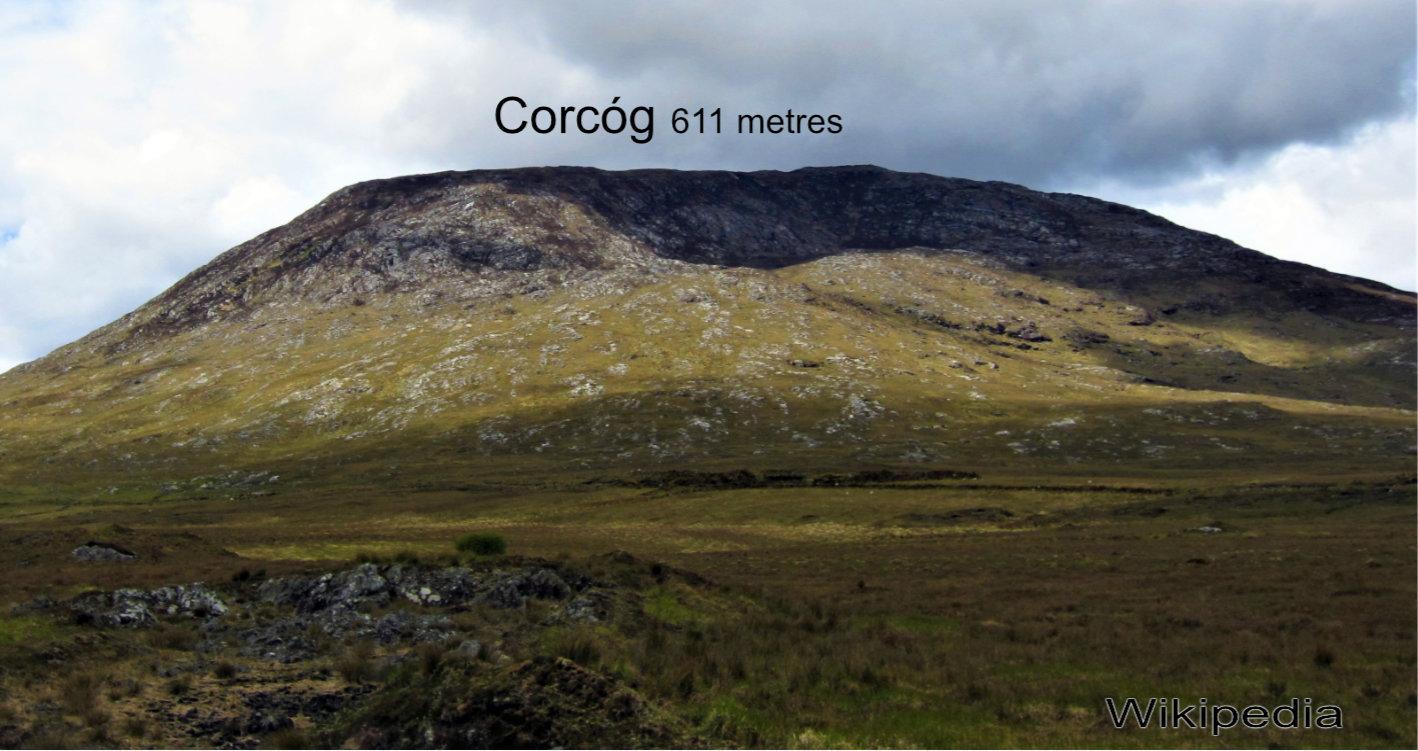 The world of hill lists is mighty confusing with various differing lists in both imperial and metric measurements arranged by height. Munros are well enough known – that is hills/ mountains over 3000 feet in height. My original ‘bible’ by H.Mulholland published in 1980 listed 11 Irish Munros but apparently there are only 5 now!

Since Irish hills are generally lower in altitude, a noteworthy list was compiled in 1952 by the Rev Vandeleur and Joss Lynam which listed hills/ mountains over 2000 feet in height – some 156 of them.

The modern metric equivalent of sorts is the Arderin list, which are hills/ mountains over 500 metres in height (c1640 feet). This list is maintained by the MountainViews community and contains about 406 hills/ mountains.

The Hewitt has some equivalence to the Vandeleur/ Lynam standard as it also equates to hills/ mountains over 2000 feet. During recent survey work for our Connemara Mountains map (https://eastwestmapping.ie/product/connemara-mountains/), several small differences were noted compared to the published spot heights by Ordnance Survey Ireland. This included the hill Corcóg in the Maumturk range which I measured at 611 metres but which was previously published as 609 metres. This small difference is enough to elevate Corcóg to the Hewitt or Vandeleur/ Lynam lists.

More information can be found at: https://www.bluesky-world.com/post/bluesky-3d-photomaps-help-elevate-an-irish-hill-for-the-first-time-in-20-years

More than you need to know about hill lists at: http://mappingmountains.blogspot.com/p/ireland-list-of-lists.html