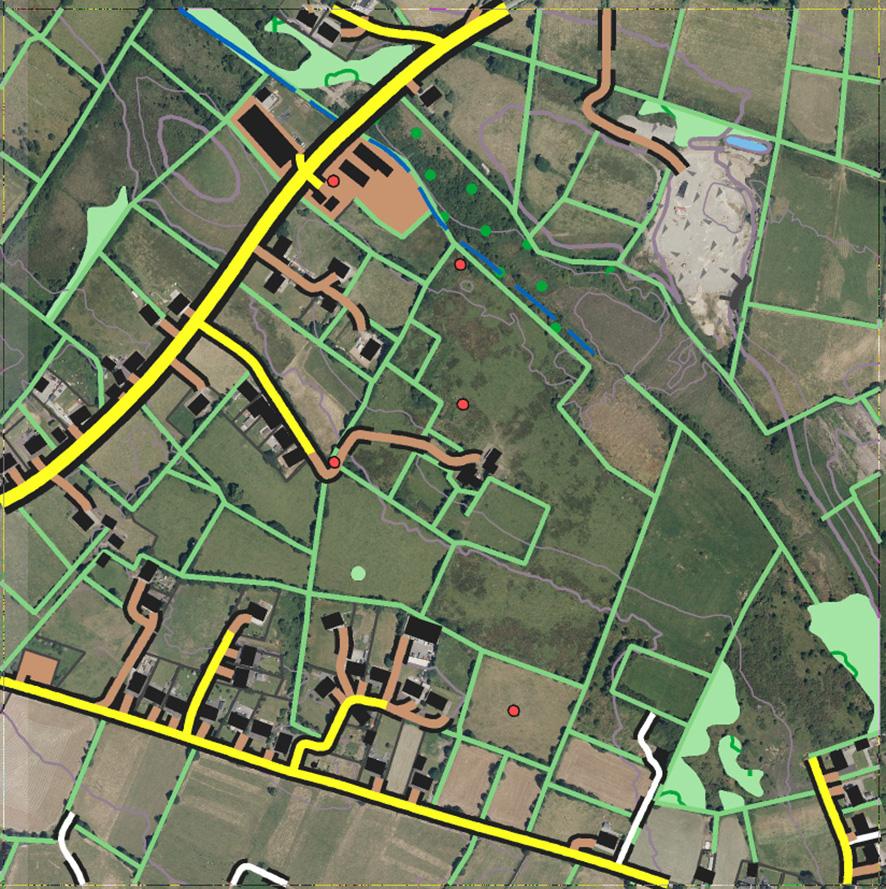 I’m making progress preparing draft map detail for a new Reeks map. Having laboured for several weeks earlier in the year on the housing, shopping and industrial estates of South Dublin, I wasn’t particularly looking forward to reaching Killarney town.

However in truth, plotting Killarney town itself went fairly quickly. The payback though is in the towns hinterland which abounds in one off housing. Located along radiating roads and lanes sprouting off same and so on. This random one square kilometre for example contains approx. 70 buildings, mostly bungalows etc. I’ve come to the conclusion that the large majority of residents of Killarney don’t actually live in the town but are scattered through the immediate countryside about.