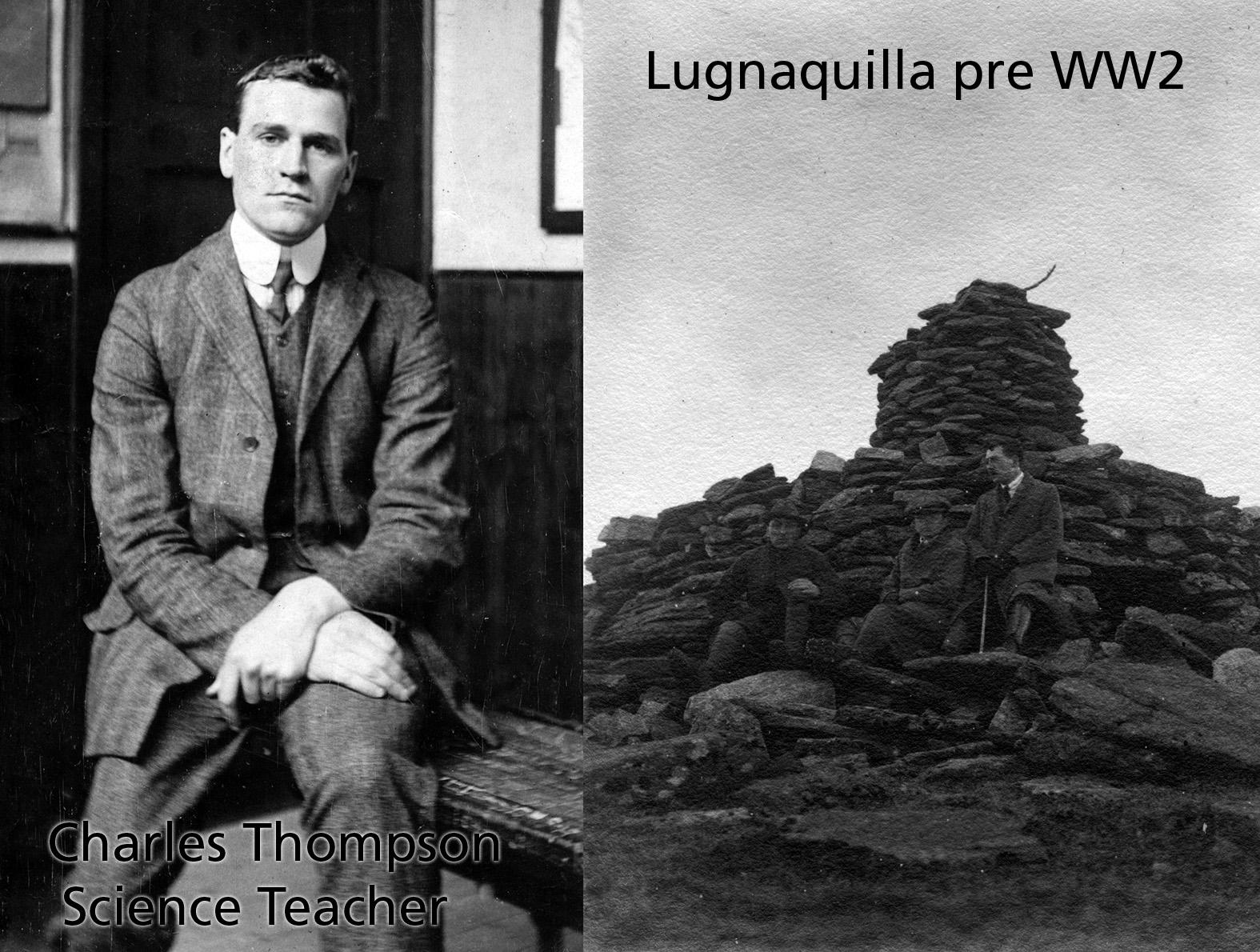 There’s been a considerable uptake of interest in hillwalking in recent years and social media is full of snaps and photos of people’s trips. But it’s not a new activity and this week I’m going to post a few photos from Charles Thompson (1883-1971) taken around a century ago in the Wicklow Hills.

Charles was a science teacher at Mountjoy School in Dublin, a professional man and as you will see from the various photos, his companions seem to be likewise from a ‘middle class’ background. We know from written accounts that people walked the Wicklow Hills for leisure in the 19th century but most photos of that era tend to be postcard views. So these few photos are some of the earliest that I’ve seen of actual Irish hill walkers. If you’ve come across other old photos of Irish hills and hill walkers, please do share them.

Starting off, two photos: Charles himself as a science teacher and what I’m fairly sure is Pierce’s Table, the summit cairn of Lugnaquilla. Where’s the trig pillar you ask? Not built till the 1950s is the answer. The cairn as seen here would have been constructed in the 1830s for the Ordnance Survey primary triangulation and was possibly built from the stones of a pre-existing passage grave.