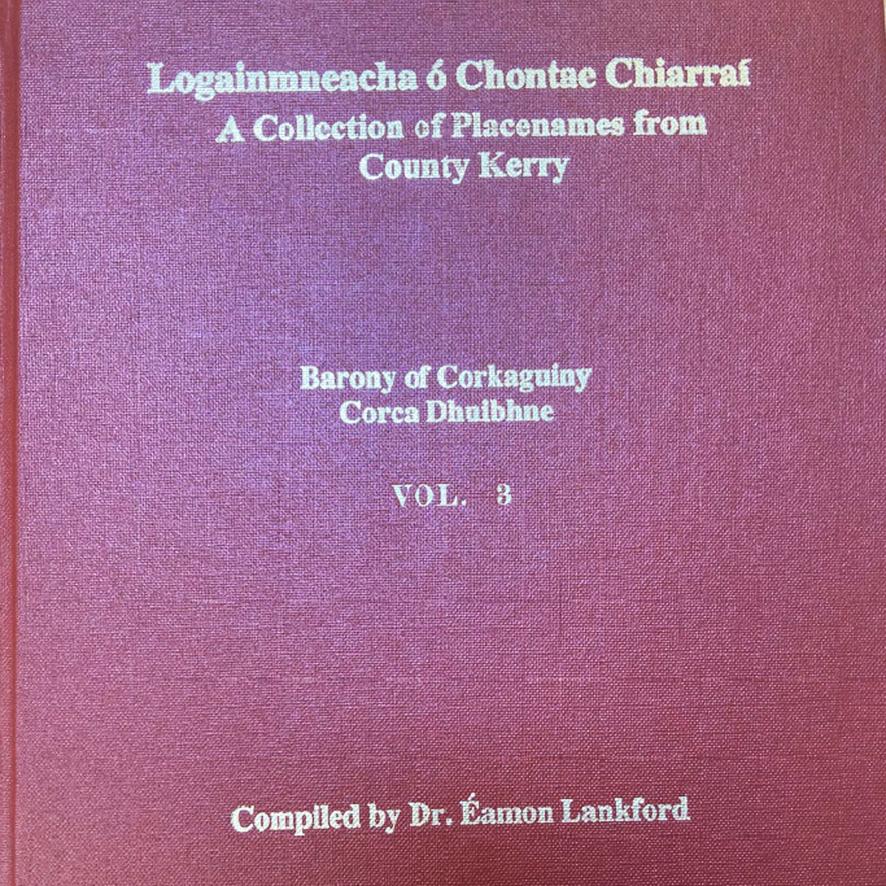 I’ve been working through the mapped and written placename material for Corca Dhuibhne, roughly the Dingle peninsula. There are multiple sources including OS fieldwork records, the Schools Collection and the extensive collection held in the Kerry County Library in Tralee.

This Logainmneacha ó Chontae Chiarraí – A Collection of Placenames from County Kerry is contained in 57 substantial volumes of c 300 pages apiece. This project was instigated & organised by Éamon Lankford of UCC and published in 2009. Using local collectors under an employment scheme, information was compiled for each townland. It was then published using a structure of barony, civil parish and townland. The descriptions and text are mostly as Gaeilge apart from English texts quoted from sources. There are 14 volumes alone for Corkaguiny or Corca Dhuibhne.

Essentially the collection is a ‘literature review’ of previous sources combined with local enquiries made by the collectors. How good is it? When it’s good, it’s very useful with detailed local placenames notated with numbers on adjoining maps. An example would be the Great Blasket with c 350 placenames. In other areas, it offers little more than what’s on the old six inch maps. Frustratingly in places, there are lists of interesting names collected as recently as 1993 and 2004 with no locations given.

However it’s possible to use snippets of info, combining with information from other sources like the Schools Collection and detailed mapping and imagery to plot many placenames. Bit like solving a giant crossword or parts of it with incomplete information.