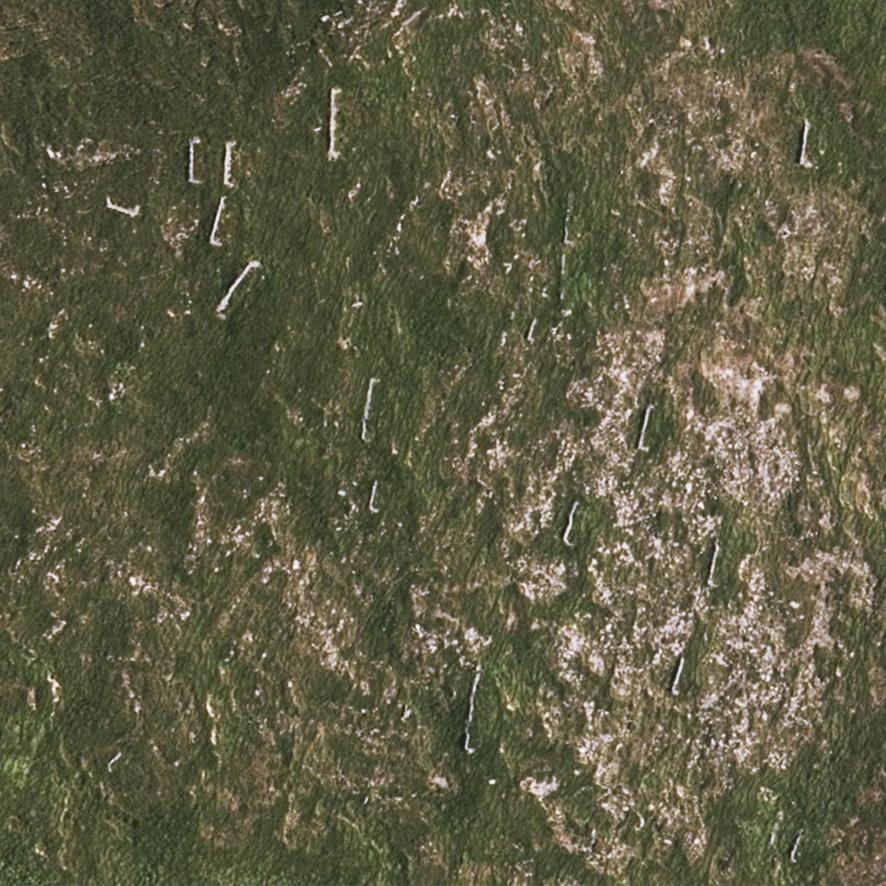 The aerial photo here shows about twenty low walls varying in length from 5 to 10 metres, many with a little right angle return on the southern end. Such walls are common in parts of Clare Island in Mayo but this group is from the Dingle region where they are very numerous in places. I think but I’m not sure that these were built to shelter banks of turf from the prevailing westerly winds and rain, so allowing the turf to dry before being brought down by donkey & creel or by dray.

The late 18th and early 19th centuries saw a growth in population along the west coast and these people needed fuel to burn for heat. The only practical source was the thin mountain blanket bog that cloaked the slopes and much of this was cut & scraped away for turf. Tim Robinson observed that the present day stony characteristic of the lower areas of Connemara is the result of the bog being stripped in this way. There is little sign of old turf banks on this type of landscape, what was left is long eroded one presumes. These walls also likely served then and later as shelter places for sheep.

What’s a little odd about this group is how close they are to each other, presumably you’d only build one when the distance to haul the cut sods was getting a bit tedious. Perhaps they were all used by different families, who had their own wall, hence the profusion in places. They are plotted as short black lines on our 25Series maps and there are likely local names as gaeilge for them but I don’t know what these are. #eastwestmapping