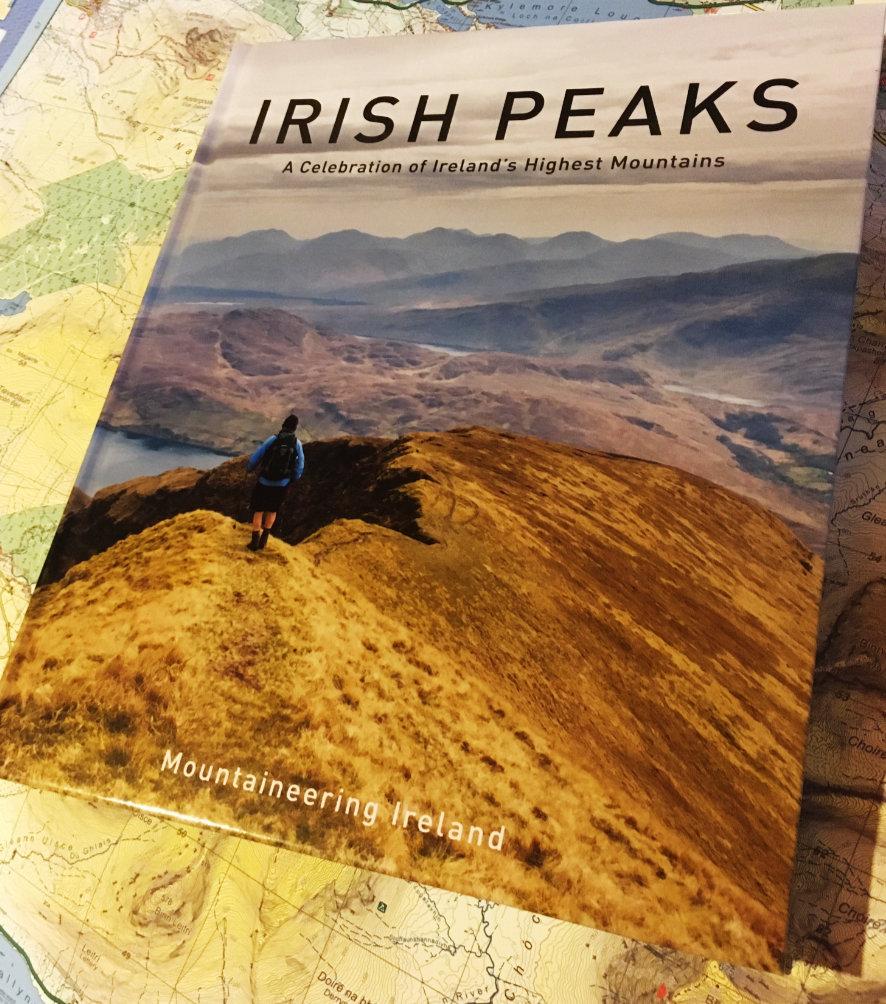 A new book ‘Irish Peaks’ has recently been published by Mountaineering Ireland and will be of interest to readers here who like to climb hills. This is a handsome hardback ‘coffee table’ type book of 250 pages with many fine photographs and a nicely balanced introduction. There are 71 route descriptions covering the full island, with contributions from a variety of clubs and individuals. Walking routes vary from an easy half day up to tough 12 hour plus excursions.

Users of EastWest Mapping maps will be interested to note that 27 of the routes are covered on our maps. In the next year or so, EastWest maps will cover 50%+ of the routes which demonstrates our commitment to bringing better quality maps to the Irish public. Local placenames on EastWest maps percolate through to some of the route descriptions.

Given the mutual endorsement arrangement between Mountaineering Ireland and OSi, the route maps are mainly based on the OSi 1:50000 mapping and the Discovery maps get first recommendation for each route. MountainViews have also had an input, so it’s not surprising to see that several of the summit names tend towards what they regard as official forms. It’s a pity to see a contrived hill name like Greenane West being used when a perfectly good local name, Cnoc na gCapall is available. Likewise for Silsean and several others. Understandable but a little at odds perhaps with the general Mountaineering Ireland policy of respecting the views of the local people who live around these hills.

Of course these are minor quibbles and the names of the hills make no difference to their splendour. The book can be purchased through https://www.mountaineering.ie/default.aspx and anyone interested in Irish hills and mountains will surely add it to their collection.