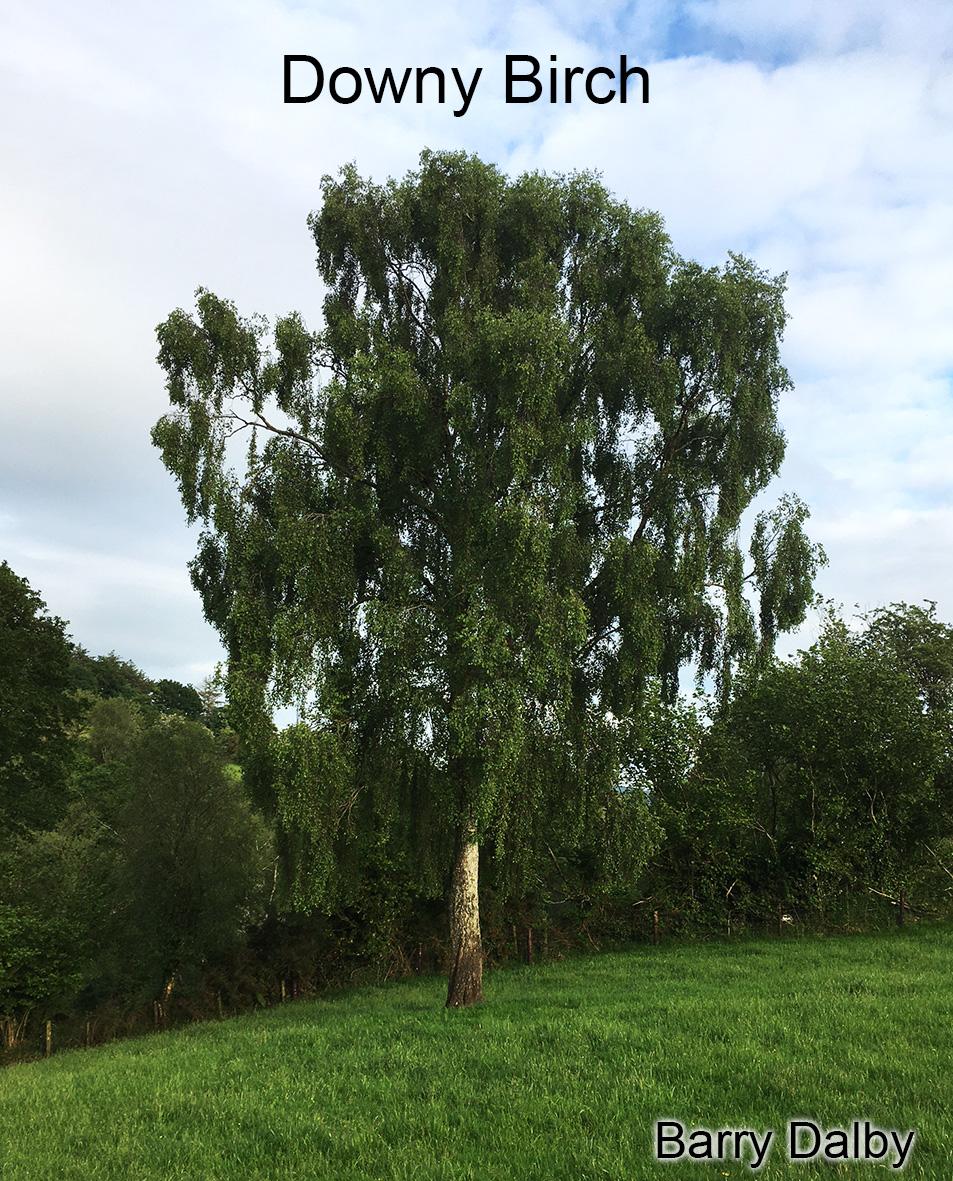 You’ll often come across birch trees growing on the edge of bogs in upland areas. They are a colonising tree, one of the early trees to get established on cleared land that is reverting back to forest. Birch have a dense canopy of thin feathery branches, they lose quite a lot of these in strong winds but as the branches offer little resistance, birch can grow comfortably in quite exposed places. Silver Birch has a bark that peels off easily in strips and is handy for getting a fire going.

Mostly you wouldn’t pass much remarks on scrubby birch trees but the Downy Birch in this photo is the finest one I know. It’s hard to appreciate the size, but it reaches upwards for a good 20 metres. Think of a two storey house, double that and add on a bit. It’s one of a pair rooted at the base of a steep hill slope but not in the very valley bottom which has wetter ground. So I surmise these are perfect growing conditions: relatively sheltered, moisture draining down the slope but not boggy. My neighbour says it’s there since he was a child, so I think these are about 60 years old.

The Irish name for birch is ‘beith, beithigh, beitheanna’ and the term crops up regularly in place names: think of Behy or Bahana etc – places where birch are / were found.