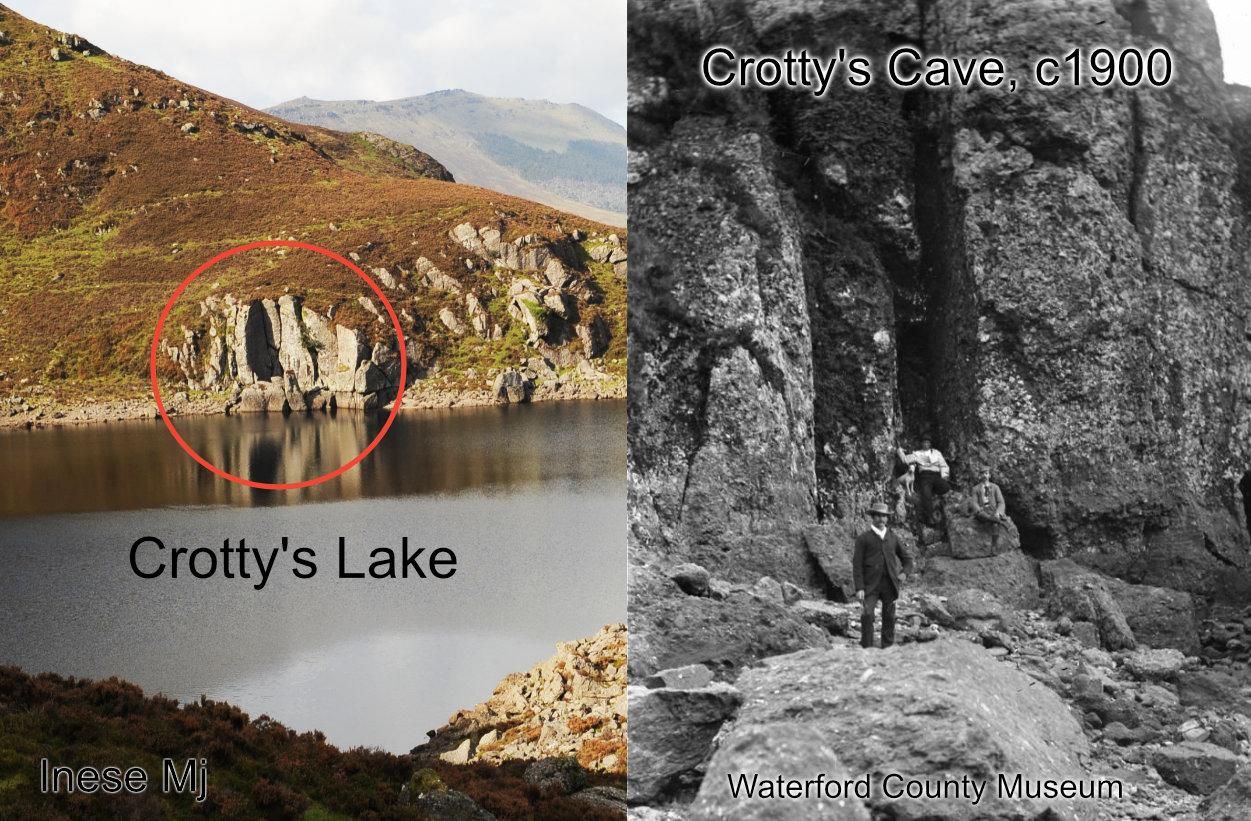 William Crotty is a nebulous figure in the folklore of Clonmel and Waterford. An 18th century rapparee in the same mould as Freney the Robber, Caher Roe and Cock a Hoof. They popularly robbed the rich, amassed hordes of gold and helped the poor but some also had darker reputations including the abduction of young ladies.

There are many stories about Crotty and his stashes of gold in the Comeragh Mountains. The long and the short is that they’ve surely been found by now and if not, they may lie where they are for many years to come. After many colourful & daring adventures, Crotty was eventually caught and executed at Waterford in 1742. His wife Mary is said to have been so distraught that she fell from Crotty’s Rock, the huge pinnacled towers that look down on Crotty’s Lake.

One of Crotty’s hides is remembered as lying behind Crotty’s Lake. This photograph taken about 1900 and held in the Waterford County Museum shows the location. The fissures in the rock here are typical enough of the sort of hides/ caves to be found on the Irish hills. A place to hide and get a little shelter but certainly not palatial! Local man Bernard Cullinane knows the site as well and says that Crotty swam around the side of the lake to gain access.

The site of Crotty’s Cave in the 1900 photograph can be seen clearly on this photo of Crotty’s Lake by Inese Mj. The shape of the pillars and cracks match well, I think the 1900 B/W photo may have been taken from a boat. The site is marked on our Comeragh 1:25,000 map published in 2018. If you’d like to see more of Inese’s photos, look up https://inesemjphotography.com/2020/11/30/crottys-lake-ii/