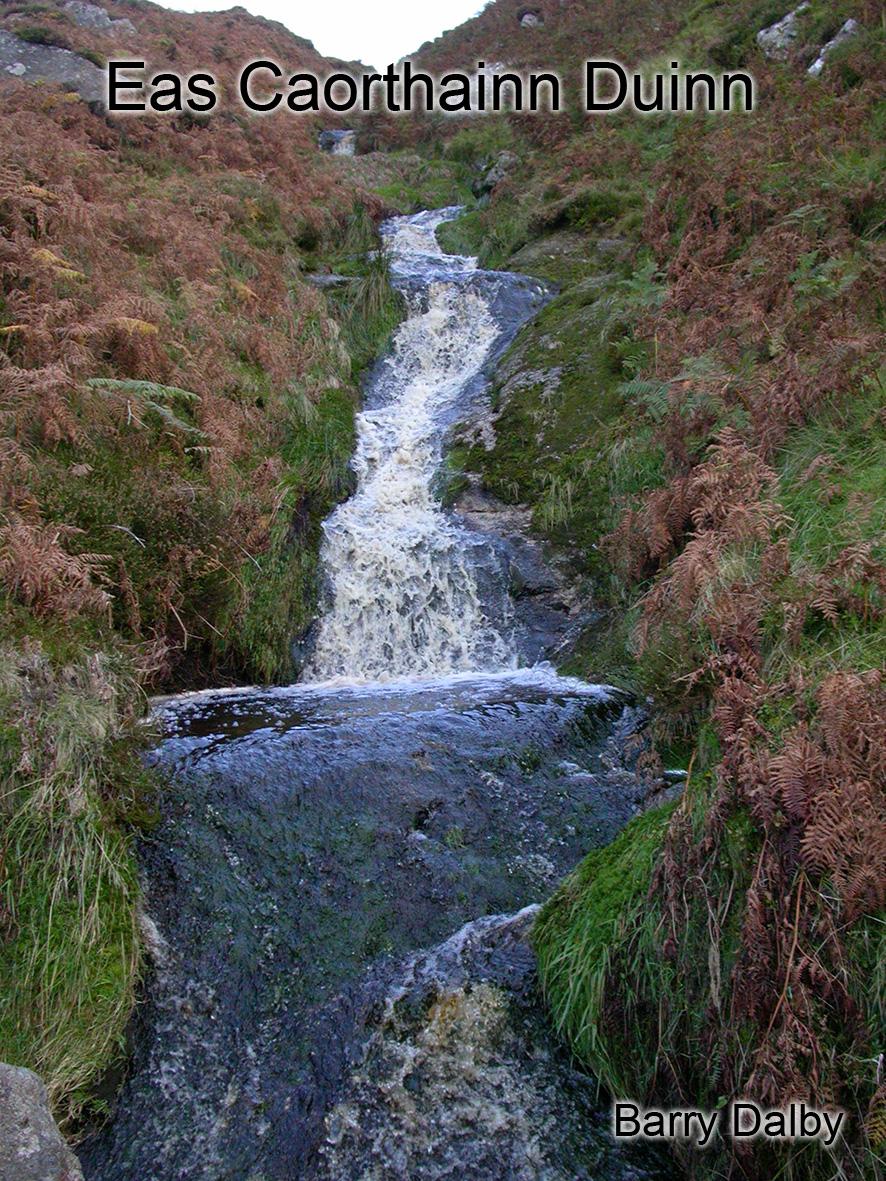 This I’m fairly certain is Eas Caorthainn Duinn – the waterfall of the rowan. Rowan also known as Mountain Ash or Quicken trees survive well enough in upland areas and rough ground. They have distinctive clumps of red berries in the late summer.

The name Eas Caorthainn Duinn would not be in use locally now but is described by Eugene Curry in 1837 when he writes of making enquiries in Glenasmole, Co.Dublin for the Six Inch Survey then in preparation. He describes Eas Caorthainn Duinn as a fast flowing stream that enters the Dodder near the moats. If you read his account closely in the Dublin OS Letters, the location would appear to be further up the valley at what is now known as the Three Brooks. However I’ve examined the streams there and the description doesn’t fit well. On the other hand, this nearby stream that rises in Cunard Bog and enters between the two moats fits it perfectly and is an obvious feature to have such a name. Curry would have written up his notes after the day and likely just mixed up the sequence of names.

Curry collected other placenames in Glenasmole and also around Glencullen and the Tallaght Hills. His are one of only a few accounts that I’ve seen of the Ordnance Survey of the day collecting minor placenames. Unfortunately most of these names did not make it onto the final six inch maps, possibly because the names had already been fixed and/or the draughtsmen back in the Phoenix Park had difficulty knowing where to label them.

Eas Caorthainn Duinn and various other names that I’ve been able to fix all appear on our Dublin Mountains 1:25,000 map.