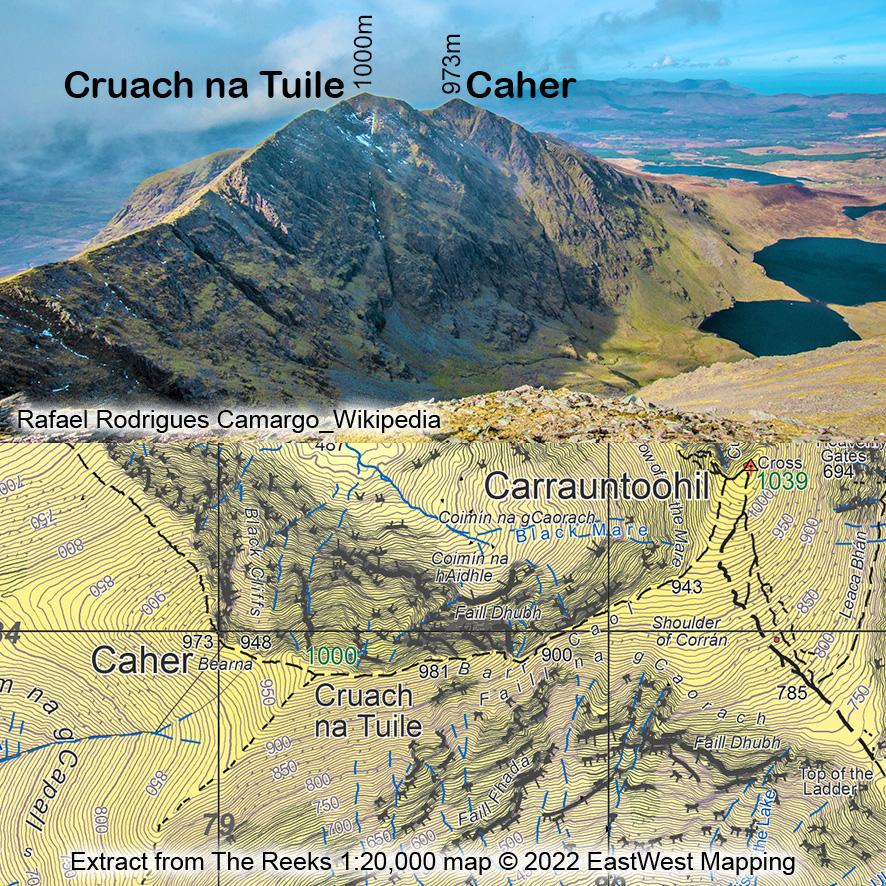 No map was ever published that didn’t need corrections. Usually I make annual updates to our digital maps but this particular correction warrants more immediate attention as it concerns a popular summit on our recently published The Reeks map. The information comes from local man Michael Leane who with his father Davy before him, has passed on many of the local placenames around Carrauntoohil and the Hag’s Glen.

Michael advises that locally & properly that the name Caher (pronounced Cah-aar, as in Cathair) refers to the lower top 973m, labelled Caher West on some maps. That this is about 100 feet or 30 metres lower than the main top at 1000m which is called Cruach na Tuile (pronounced Crouk-na-tilla).

The name Cruach/ Cnoc na Tuile was noted several times by Breandán Ó’Ciobháin in the 1960s but he didn’t tie down it’s location. I surmised from his description that it was on the slopes of this hill and you’ll see Cnoc na Tuile labelled on the print map there. It turns out though that it applies to the hill in a wider sense. The word tuile means a flood or a flow and a tuile bháistí would be a downpour of rain. Both the north & south sides of this height are seamed by gullies, running down to Coomloughra and Curraghmore respectively. I think that these are likely visible from the lower valleys after a spell of rain, in that they would run white. Hence the name Cruach na Tuile, the peak or reek of the torrents.