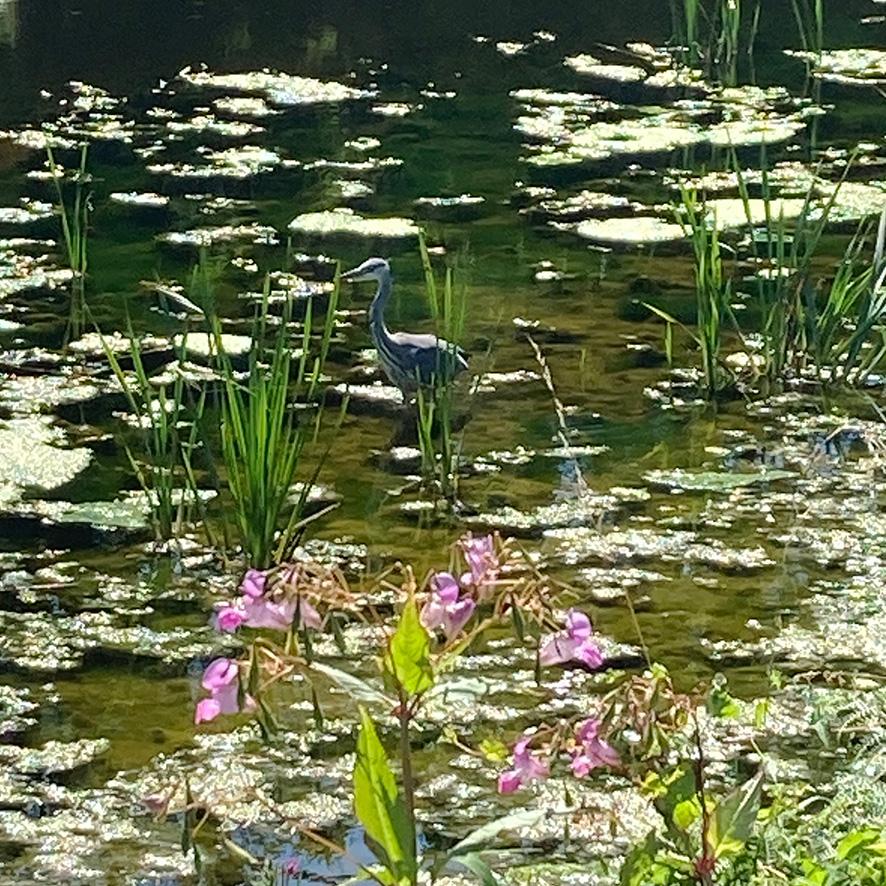 This heron is catching small fish at the banks of a wide pool where the Slaney and Derry rivers meet. Swimming there in the hot weather last week was quite interesting as the water of the bigger and wider Slaney was warm. But move sideways into the flow from the Derry and the temperature dropped noticeably. Whereas the Slaney flows over sun heated rocks, the Derry is narrower and more sheltered by trees.

The official name of Clonegal village where the Wicklow Way starts/ ends is Clonegall or Cluain na nGall, supposedly the meadow of the foreigners. Kevin Whelan, local man & historian has proposed that the name could more likely refer to the word ‘gabhal’, which is a term commonly associated with river forks. And Clonegal lies just in this fork between the Derry and Slaney. So Cluain na nGabhal or the meadow of the (river) forking would be the meaning in this case.

There is a proposal in hand to make a walking route link between Clonegal village and Kildavin, start of the South Leinster Way. This will take the walker down to the river fork and cross a proposed new footbridge over the Derry to reach the road at Geata na nDeor, the gate of tears. This is where emigrants heading for New Ross and the boat, got their last look backwards.