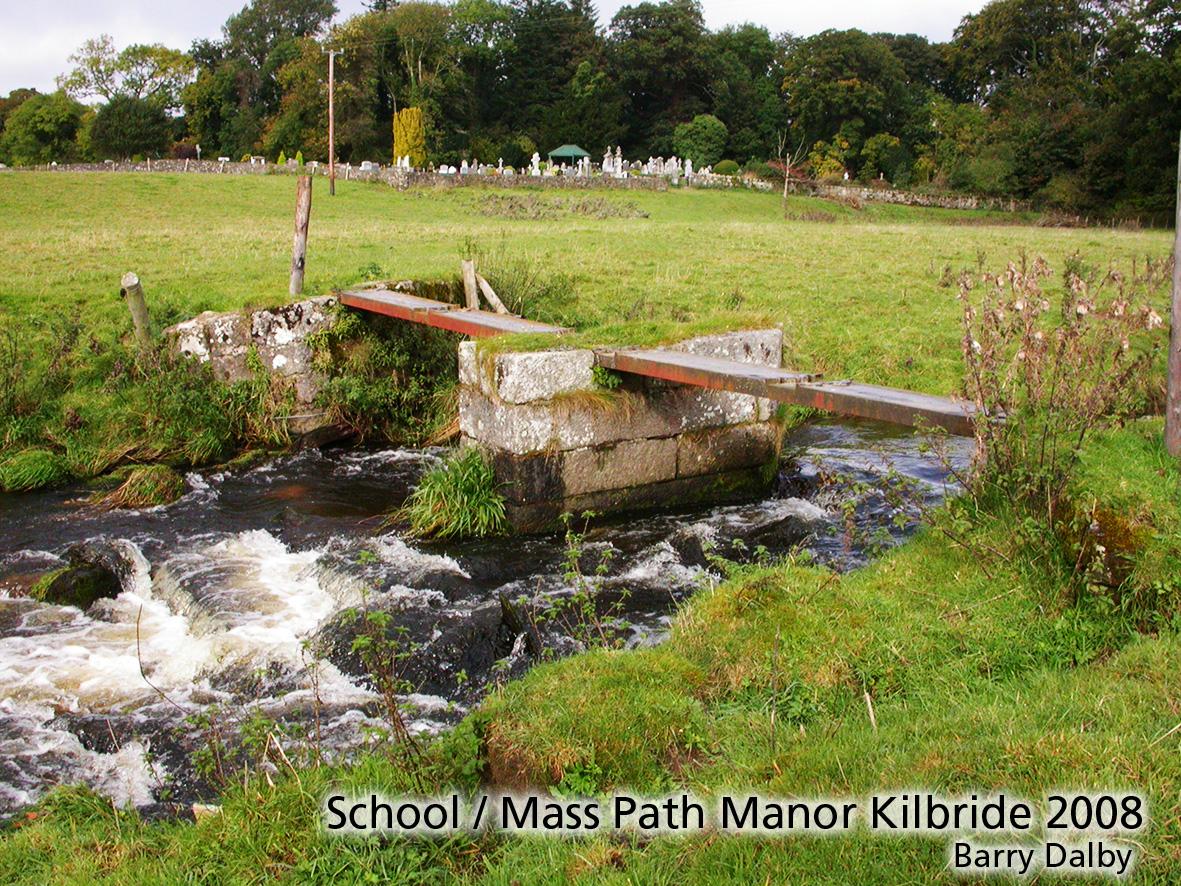 This photo taken 2008 is of a footbridge across the Kilbride or Brittas River at Manor Kilbride in Co.Wicklow. It’s part of an old school / mass / general shortcut path that connected the village of Kilbride to the Banks Lane.

The countryside of Ireland was once a cobweb of such shortcuts, before car ownership was widespread and travelling daily short journeys on foot was common.

Isn’t it odd how there’s a renewed emphasis on Park & Stride schemes, walking & cycling short journeys, local services. Evident at least in urban areas, if less so in rural parts due to the closure of local services. Going back to the old ways in part.