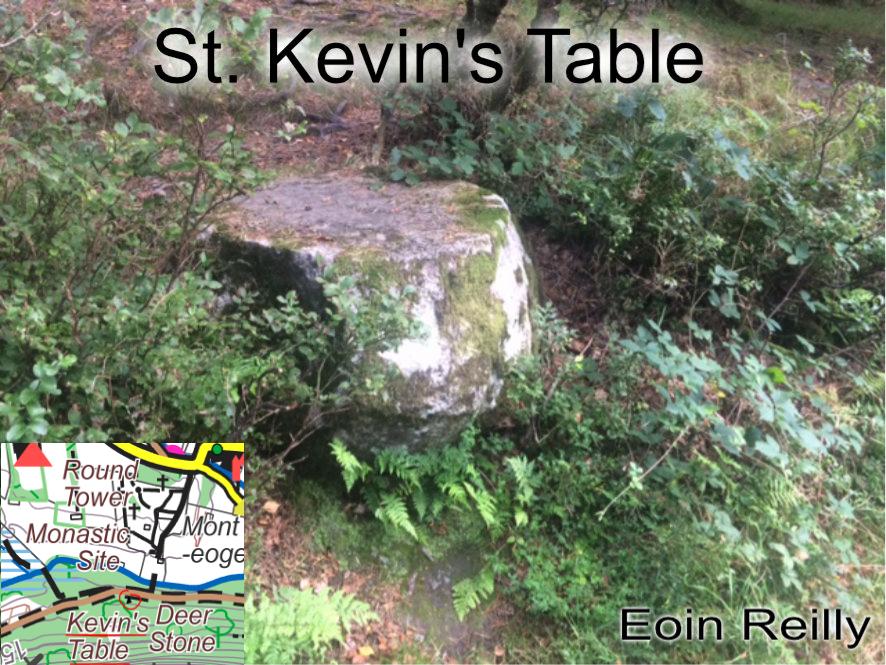 The Schools Collection for Glendalough school of the 1930s describe the various monastic remains around Glendalough. Included is mention of Saint Kevin’s Table which is described as a round, flat stone near the Green Road. I hadn’t come across it before and thought to ask Eoin Reilly of Trailhead who now lives nearby. Eoin kindly made a few enquiries and sure enough Pat Reid of the Heritage Council was able to point it out.

It lies quite close to the better known Deer Stone which is found where the path from the monastic site and St. Kevin’s Kitchen joins the Green Road. Turn towards the upper lake and after a few metres Kevin’s Table is found on the left or upper side of the track. Looking like a stone tree trunk, you can see how it would be likened to a table. How many times I may have passed and not realised. Here’s a photo and map update of the Lugnaquilla & Glendalough 1:25,000 scale map by EastWest Mapping.