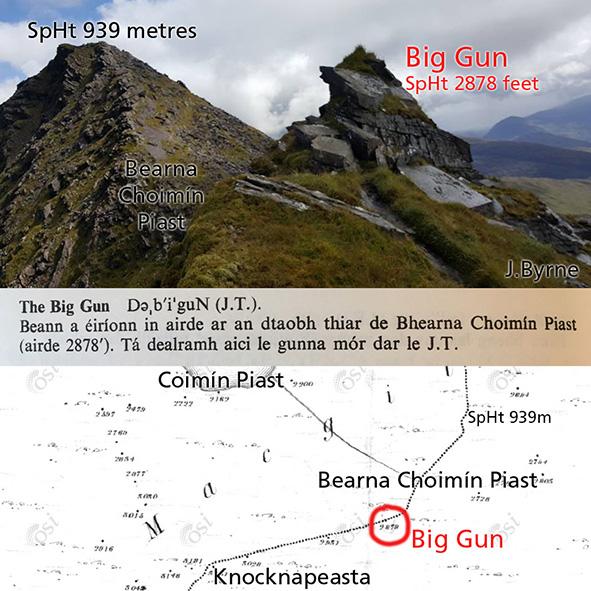 The Big Gun is a name that has appeared on maps of the Reeks since the early 1990s. It’s placed on a big rocky hill with a spot height of 939 metres.

There is a conflict here with Breandán’s description, see below: where he describes the location as ‘a hill of height 2878′ on the west side of Bearna Choimín Piast. It looks like a big gun’. There was one informant for the name, John Tuohy of Meallis. Breandán was working with Six Inch maps back when he collected these names and this spot height of 2878’ is marked on same, just as he describes west of the gap above Coimín Piast.

The photo here shows this knoll of 2878’ (c877m) on the ridge and there is indeed a large tilted rock pointing to the north side and which could be said to resemble a ‘gunna mór’, a big gun. So this I believe, based on Breandán’s account is the Big Gun, not the big rocky height of 939m above and to the north east of this.