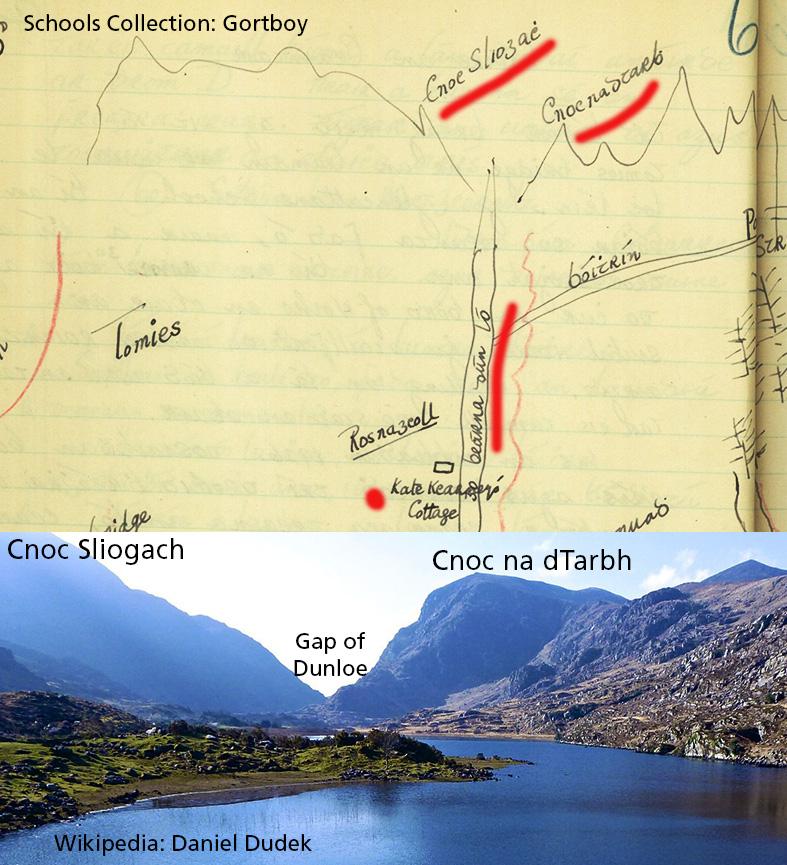 The 1930s Schools Collection of folklore contains some interesting information on the Reeks and Killarney area. In particular, the records for Gortboy school on the way up to what people will know as Cronin’s Yard. Some may remember the school as it was a popular An Óige youth hostel in the 1970s and 80s, now a private residence.

An annotated sketch map in this collection shows the location of both Cnoc Sliogach and Cnoc na dTarbh, on the left (east) and right (west) sides of the Gap of Dunloe looking up the valley. The position of Cnoc na dTarbh coincides with maps published in the last thirty years but is at variance with Breandán Ó Cíobháin’s records. He placed Cnoc na dTarbh or Bull Mountain name on the left (east) or Purple Mountain side of the gap but it appears he got this quite wrong.

Cnoc Sliogach appears to have been the name then for Purple Mountain. The word ‘sliogach’ can refer to a place abounding in shells but the word is also used for flat stones. The upper slopes of Purple Mountain are notable for large areas of stones. There is a further piece of evidence which I’ll deal with in the next post.

Standing Stones in a Meadow