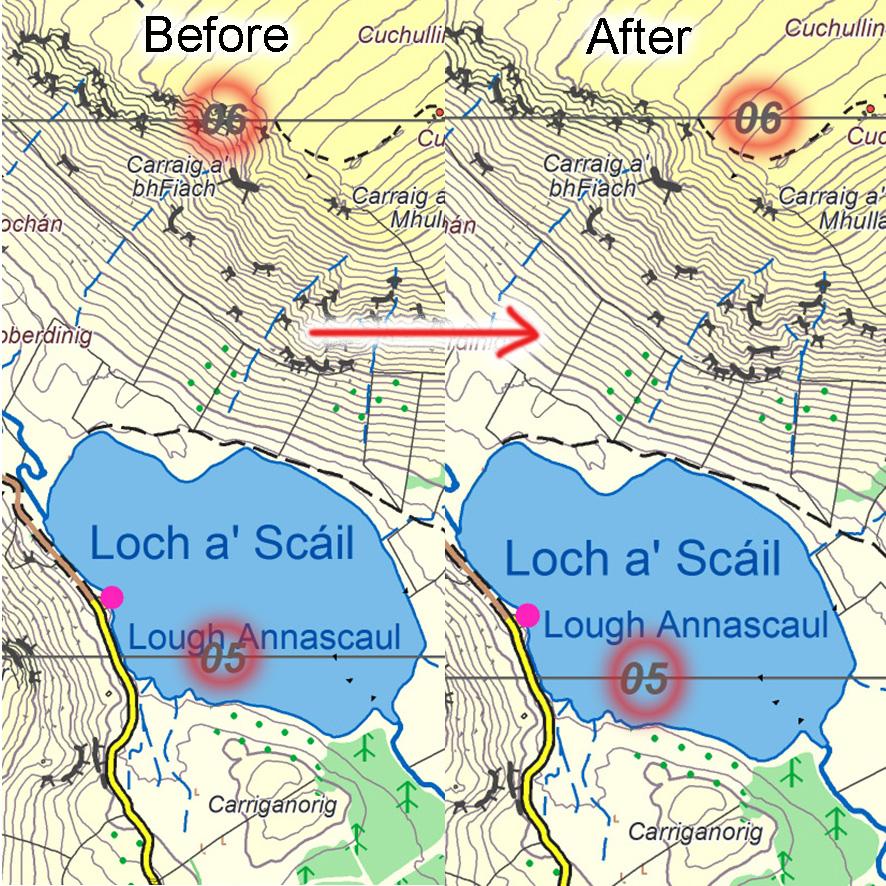 The one kilometre square grid used on EastWest Mapping maps is based on Irish Grid, one of our two national grid projections. This came to be used on Irish maps around the 1950s, in more recent years a grid called ITM was developed, principally to allow for coverage in Irish territorial Atlantic waters and our economic zone.

Irish Grid though is popular and familiar for land based topographic mapping. The numbers relating to the Eastings (along bottom/ top) and Northings (along sides) are printed in the margins. However maps are folded in practice and it is useful to have grid reference numbers printed across and up/down the map. We space these at 4 km intervals on 1:25,000 scale maps, so that a number appears every 16 cm at most.

The solution for the obscuring of detail is to cut out the relevant number and paste it in somewhere adjacent where it’s clearer. Where placename text is involved, it’s usually better to move the placename and leave the grid number where it’s expected to be. Occasionally neither solution works, in which case we just remove the grid label for that square.

This sort of editing takes a little time and attention to detail. But that’s what the customer should expect of a crafted map.