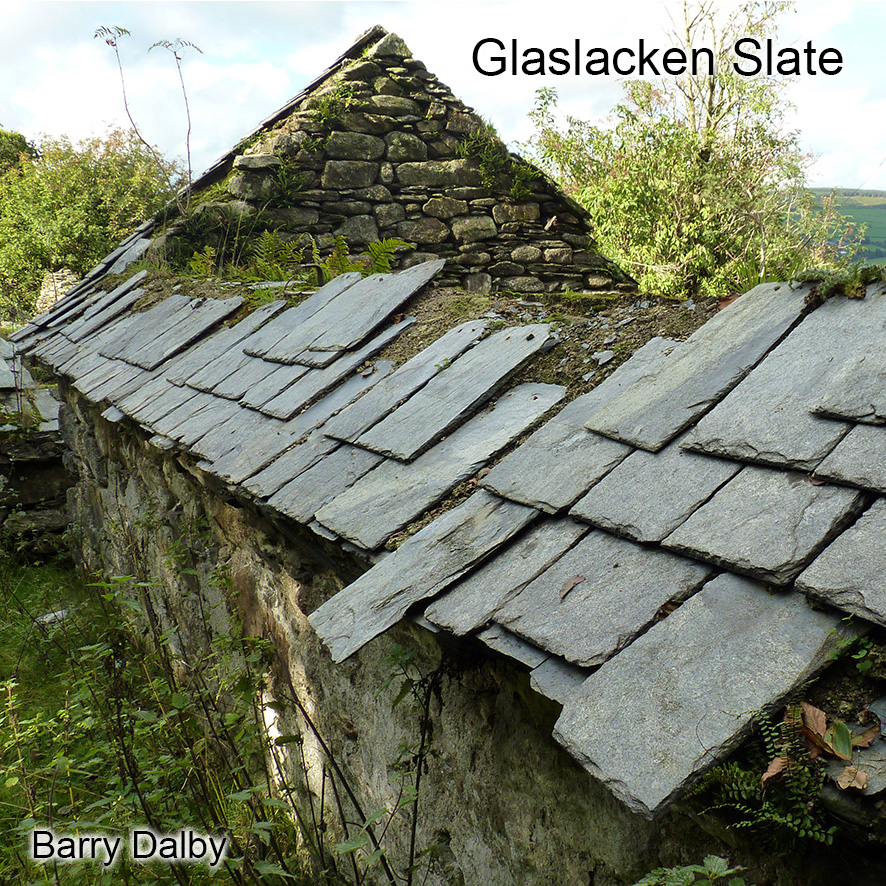 The rural countryside is full of local interest, there are often little things to be spotted if you take the time to stop & ponder. The photo here was taken at an old farm just a few miles outside Bunclody in Co.Wexford. The farmhouse and all the sheds here were roofed in local slate. These have been abandoned for a few decades now and are falling in, but there are still a number of buildings in this area roofed with this slate. They are very good examples of buildings made with local materials.

As you can see, the slates are nice and regular but thicker/ heavier than your standard ‘Blue Bangor’ slate from Wales. The slate quarry in question would only be a little over a mile from this old farmyard. It lies at Glaslacken on a rocky hill called Druimcree. It was in production in 1845 as it’s mentioned in a survey of the county and thought to have operated for over a century, so probably only ceased output in 1950s/ 60s. The quarry with piles of broken slate and flags can still be seen and cuts quite a deep gorge into Druimcree which was also known as Quarry Hill.

Mapped on our 1:25K map of Blackstairs, Mount Leinster & the Barrow Valley.