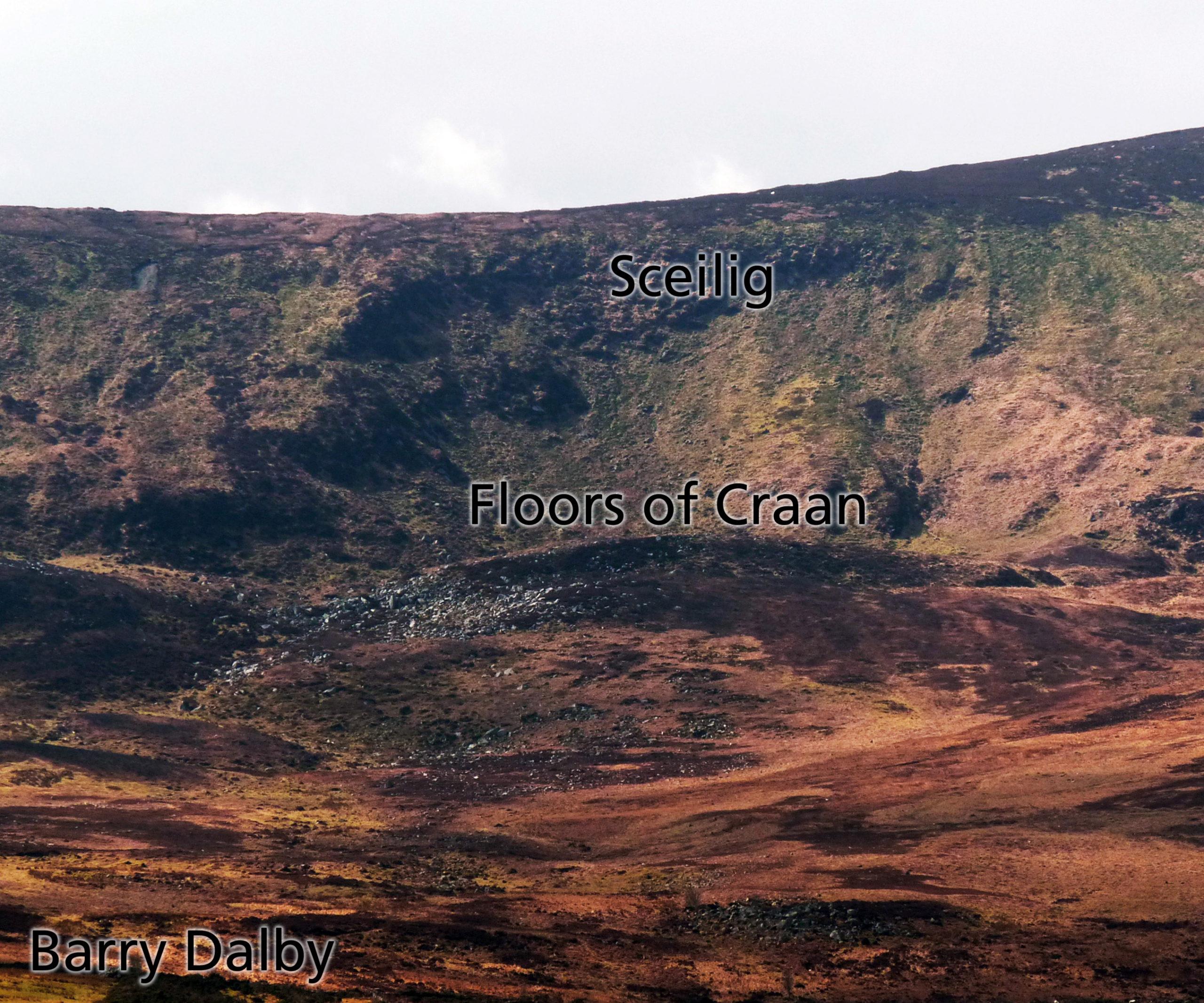 You don’t associate glaciation much with Mount Leinster & Blackstairs, they were likely covered or nearly so by the ice sheets of the past. However there is one small example of a com, coum or corrie as you prefer. This lies on the north side of the ridge that extends from Black Rock Mountain over the Moats of Craan to the masts of Mount Leinster.

Locally it’s known as the Floors of Craan or Fleurs as they’d say. The back wall has some steep rocky ground known as Sceilig. Behind the wee hillock of moraine visible in this photo, lies a rushy hollow. There is no lake as such, as the ground is too rocky underneath and what water drains from the slopes above sinks down and emerges as a stream lower down the hill. Craan is the townland here and little to do with trees I think, but is rather related to words associated with rocks and rocky patches as in ‘carr’ and ‘carn’.

Not many people visit here as it’s off the beaten track but being quite an atmospheric spot, it’s well worth the effort and a poke around. You’ll find it marked on our Blackstairs, Mount Leinster & Barrow Valley map.