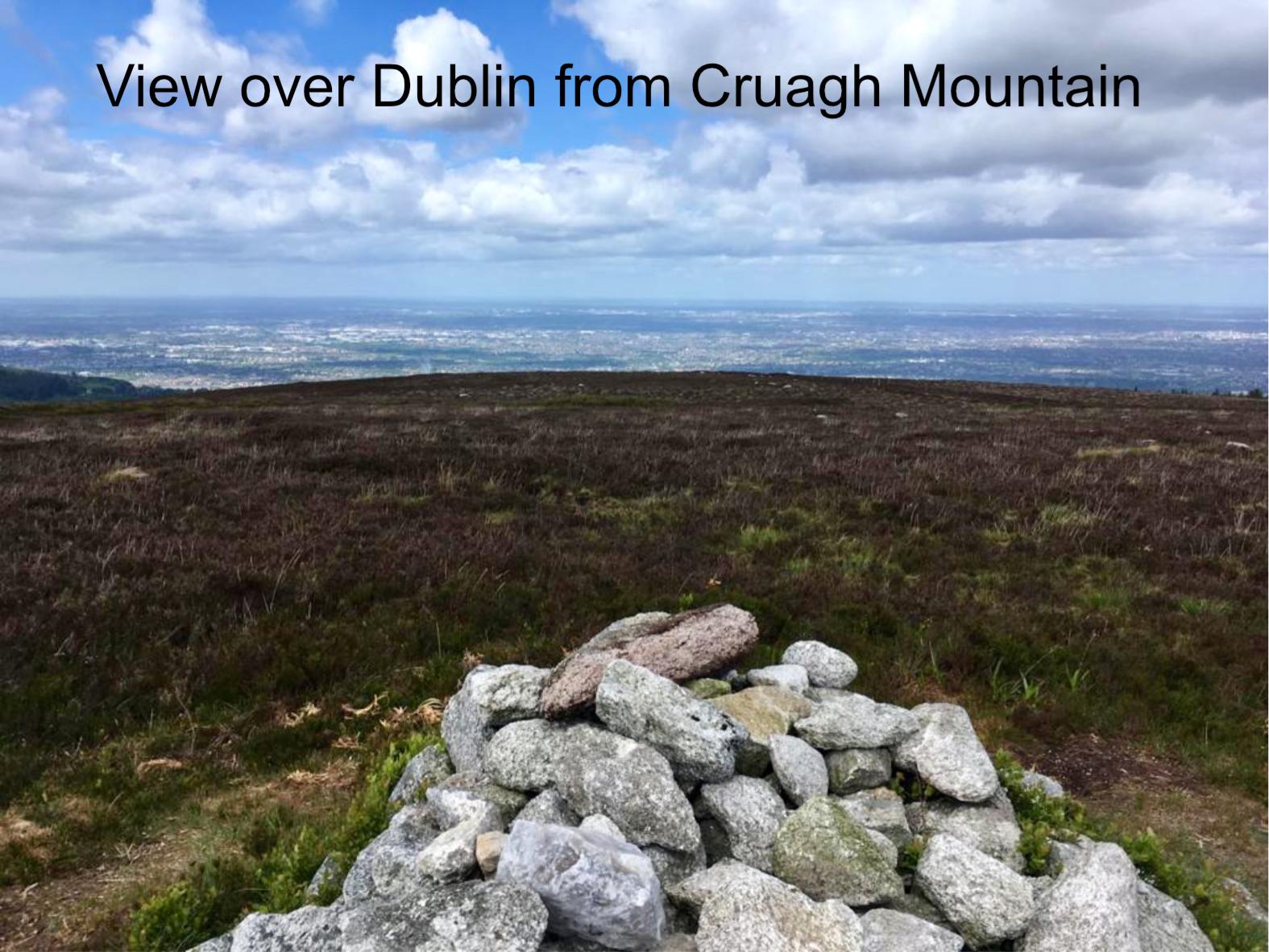 The Curious Case of Cruagh

I grew up in Dublin and with friends I often cycled or got the No.47 bus up towards Rockbrook, and then on up to a place called Cruagh, whence we reached the open hill via the Pine Forest. We always pronounced it as Cru-aa and I think that it is how it’s widely said throughout South Dublin. Then a few years ago I had the pleasure of meeting Maisie Williams, one of the old stock of Dublin Mountain people. In the course of our chat about Glendhu, I soon picked up that she when talked of Cruagh, she said ‘Crook’ or ‘Cruck’ i.e. with a hard ‘c’ at the end. This was later confirmed by another local man Pat Lee and just recently I checked this again with Donie Anderson who confirms this and you can hear him here in the short clip below.

This pronunciation would be consistent with how the word ‘cnoc’ simply meaning a hill, would be said particularly in the northern and western parts of the island, but also elsewhere in Leinster. A ‘r’ sound is substituted for the ‘n’ syllable that we’d be taught in School Irish. Indeed hills called Cruckmore and Crookletter and so on are pretty common. It is close in meaning and sound to the word ‘Cruach’ – for a stack, as in a hill.

However the Official Irish version of Cruagh, now enshrined in law – is An Chraobhach, supposed to mean a branchy place. See https://www.logainm.ie/en/889 Cruagh Mountain is now to be officially rendered as Sliabh na Craobhaí, the hill of the branchy place. Now leaving aside the fact that I’ve spent many a day in woods and plantations and I’ve rarely seen one that wasn’t branchy, this name Craobhach was normally anglicised as Creevagh and you can hear pronunciations here : https://www.teanglann.ie/en/fuaim/craobhach. Quite different from Donie’s Cruagh as said locally hereabouts.

When we look up the official logainm record, we can see a long list of names identified with this area, from the 12th century Creuach onwards. Names like Creevagh are identified in the 15th century but note that these documents rarely give exact location and there is educated guesswork in assigning them to modern locations. The first map proof with location is the name ‘Krugh’ in Rocques 1760 map of Dublin. And that form seems reasonably consistent with modern local pronunciation.

So where is Craobhach and why is it taken to be the most likely correct definitive Irish version of Cruagh? It’s probable that Creevagh was another similar name, located somewhere in this immediate district. But I think there’s a pretty weak case for legislating that it’s the correct Irish form of Cruagh. Cruc or Cruach, simply meaning ‘hill’ or’ mountain’ would be a better choice, none of this branchy stuff.

What it really indicates is that it’s unlikely that those who decide on such matters sought out and/or listened to local usage. And I suspect there are a great many other such placenames around the country which we are busy legislating on without proper local consultation.

Anyways if you live in or near Dublin, next time you’re up Pine Forest or Tibradden way, remember that Cruagh is said like ‘Crook’ with a hard ‘c’!