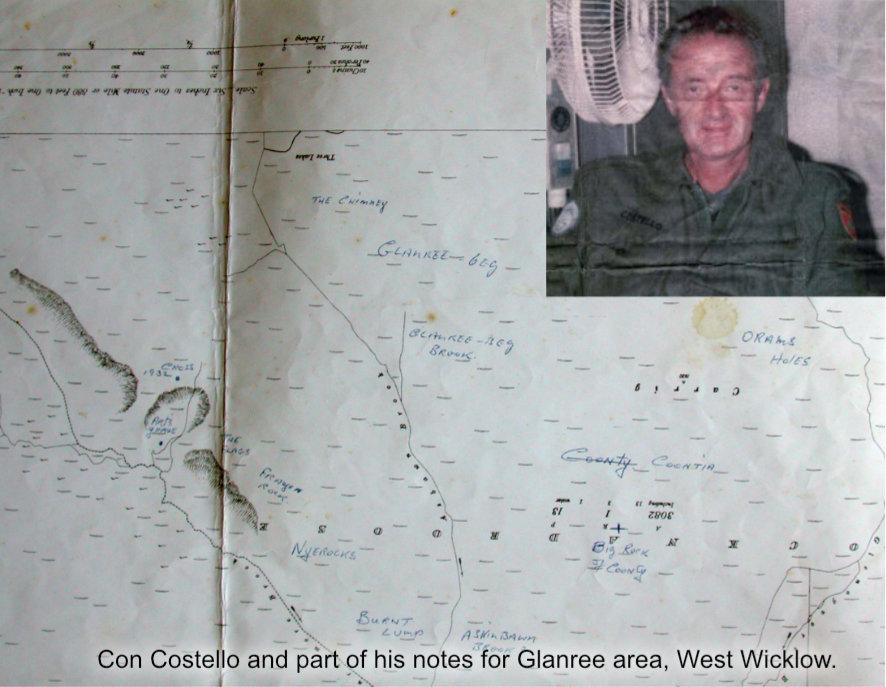 Placenames on EastWest Mapping maps come from multiple sources. The best information is collected directly from those who are ‘seed & breed’ of the district, who’ve grown up there and learnt the names from family & neighbours. You get to hear the local pronunciation and can tie down where and to what the name applies. Finding such sources isn’t easy and of course information is lost/ weakened by the passing generations. So I also use other sources ranging from the ‘official’ record through to old maps, accounts and collections. Collections of placenames by others are always of interest. The most useful are those that combine local names with an indication of location. A placename without location is like a song lyric without a melody – interesting, possibly useful but lacking real meaning.

There are several such collections in Dublin & Wicklow, for example Fr.Galvin of Rathdrum in the 19thC whilst Liam Price and Charles Thompson collected in the pre war years of the 20thC. This post though concerns Con Costello of Naas who was a noted local historian in Co.Kildare and West Wicklow. Con had a distinguished army career, retiring as a Lieutenant Colonel in 1988. He wrote extensively in the Leinster Leader and published several books on local history. Con and family also has a wee holiday cottage up in the Kings River valley in Co.Wicklow. It seems that Con was a keen walker and also wont to enquire after placenames, making notes on six inch maps of the area. Con died in 2006 but I was fortunate to meet his son Denis who was able to show me Con’s map, of which I show an extract here. There are about 50 names noted which have fed into further enquires and contributed to the names on our Wicklow Mountains West and other maps.

It’s not quite clear when Con wrote these down, could have been from the 1950s onwards. It’s a small collection confined to a limited area but has useful indications. There may well be other small private collections of placenames like this out there. If you’re aware of anything similar residing on bookshelves or in boxes of family stuff, then please do get in touch.