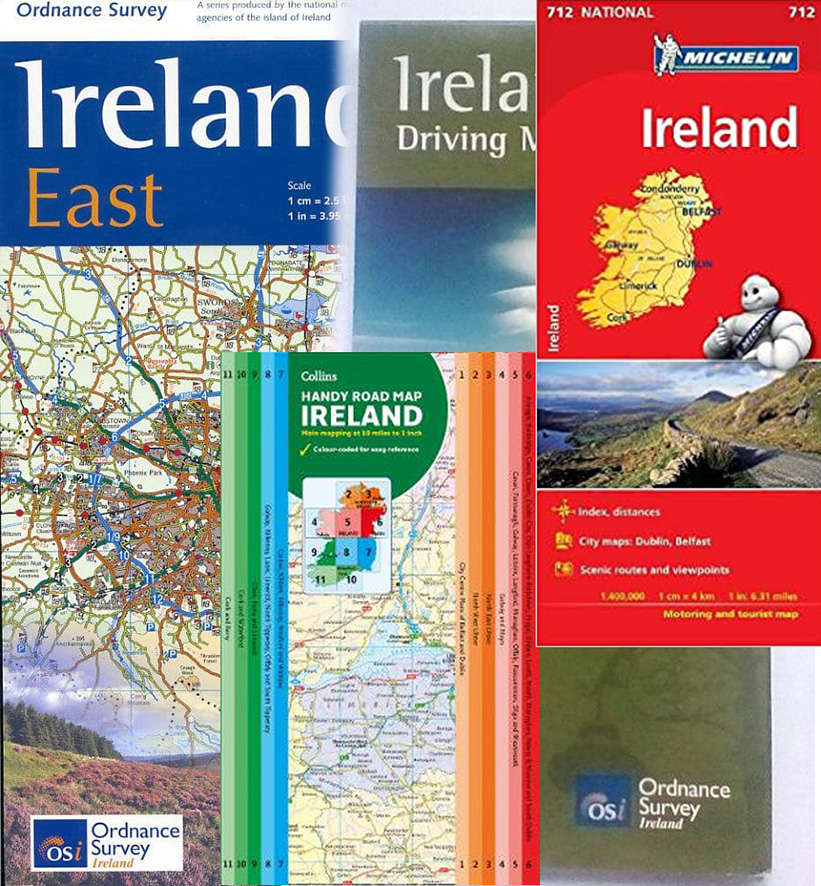 I was an agent for Ordnance Survey Ireland tourism & leisure maps in the early 2000s. The biggest sellers were Ireland road maps of which OSi had several flavours, plus the four sheet Holiday Series. Discovery map sales trailed in last. You’d routinely sell a box of road maps to garages and petrol stations. Looking at their big shop displays, they also bought in similar maps by Philips, Collins/ Bartholomew and Michelin. Nearly every car had one or two of these road maps knocking about the boot or glovebox.

Then along came the catchy Christmas jingle ‘Give a, give a, give a .. Garmin’. They and Tom Tom suddenly became the sat nav pressie of choice, they were the zeitgeist. This lasted for a few years but are now increasingly supplemented / replaced by Google and Apple maps.

Look in your average garage or forecourt now and you’ll hardly find a print road map for sale, let alone a selection to choose from. So if Video Killed the Radio Star, we can surely say that ‘Garmin’ has Killed the Road Map!