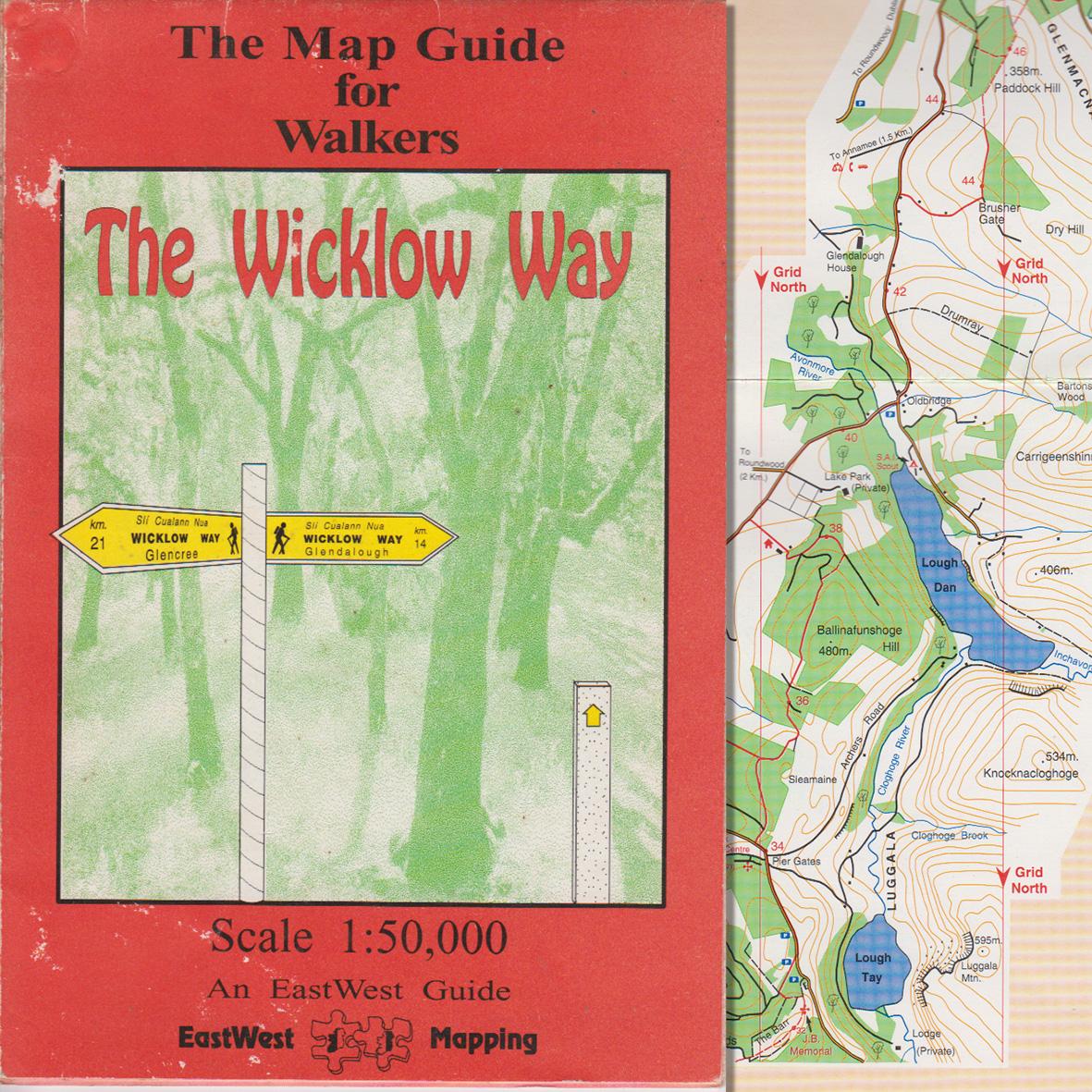 Pictured here is the first EastWest Mapping publication from 1993, thirty years ago. There was no accurate map of the full Wicklow Way walking route then and the parts published on OS mapping had some significant errors. So with the encouragement of some Wicklow B&B providers, notably Mary Byrne and Dorothy Geoghan, I set out to walk the route and survey it over several days.

The resulting 1:50000 scale strip maps were crude compared to today but a big improvement for walkers. Essential even as the way marking was missing or misleading in spots. These were some of the first map artworks that I prepared using digital software, prior to that it was pen & ink drawings. In the 30 years since we’ve reached the 9th edition of a Wicklow Way guidebook and sold c35,000 copies overall.

We don’t sell too many Wicklow Way Guidebooks now as trail apps have become popular and there’s plenty of ‘free’ information online for the Wicklow Way. However over the intervening years it has brought in a reliable bit of income year by year that helped pay the bills while more detailed maps of Wicklow and other areas were developed. So for that, we are grateful.