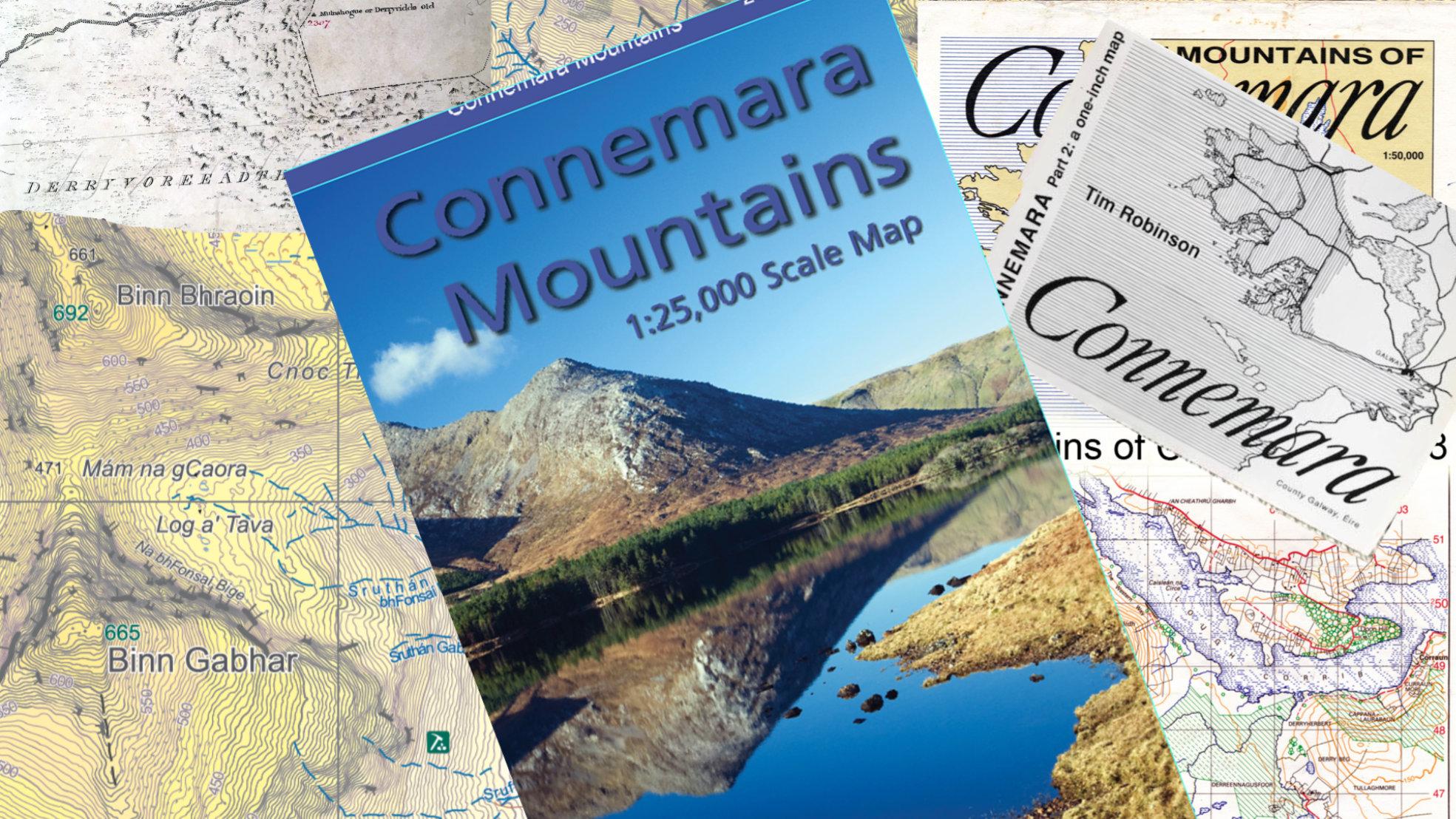 Placenames on the Connemara Mountains Map

I’ve taken a different approach to the placename content of our new Connemara Mountains map. For other maps we’ve published I’ve devoted a fair amount of time to local people – hill farmers, fishermen and so on. Talking to them and checking for local placenames and sites of interest etc.

In this instance I was aware of the various works of the late Tim Robinson – the 1:50,000 and 1 inch scale maps, gazetteer, writings and records in NUIG. Tim conducted these enquiries over a twenty year plus period from the 1980s and naturally, many of these informants would have passed on since.

So these were a starting point and provide the basis for much of the placename content. For Gaeltacht areas, the townland names are listed as Gaeilge firstly and then in anglicised form. For other parts, the anglicised townland name appears first and the Irish form underneath where there seems reasonable certainty of it’s meaning. For other placenames, I’ve used a mixture of Irish and anglicised forms.

It was however apparent that 1) Tim had a few doubts as regards some names, further information coming to light etc. and 2) I don’t think he paid as much attention to the hills as to the coastal areas. Partly perhaps because they held less historical interest for him but also I think that the Six Inch maps on which he based his own mapping are virtually blank in the uplands. So he had little means to identify or record placenames in these areas. I did seek to clarify several queries with Tim during research but I think his failing health precluded any replies.

A trawl of the Schools Collection records also turned up a number of local placenames in the area. The balance of the names on this map largely come from the survey records of the Six Inch survey of the 1830s. The draft maps and station records contain quite a number of names for smaller features such as lower hill tops and streams etc., particularly in the likes of Gleninagh and Gleann Chóchan.

By the time the above was completed, Covid19 was hovering and it was inadvisable at that stage to visit often more elderly local people to help clarify queries, fill in gaps. Therefore I would view the placename record of this map as a work in progress and if corrections and additions come in from local people who are ‘seed & breed’ of the area, I’ll happily take them on board.

New Kerry Maps on the Way